Zomato faces another controversy: Hindu and Muslim delivery Men will go on a Protest against delivering beef and pork 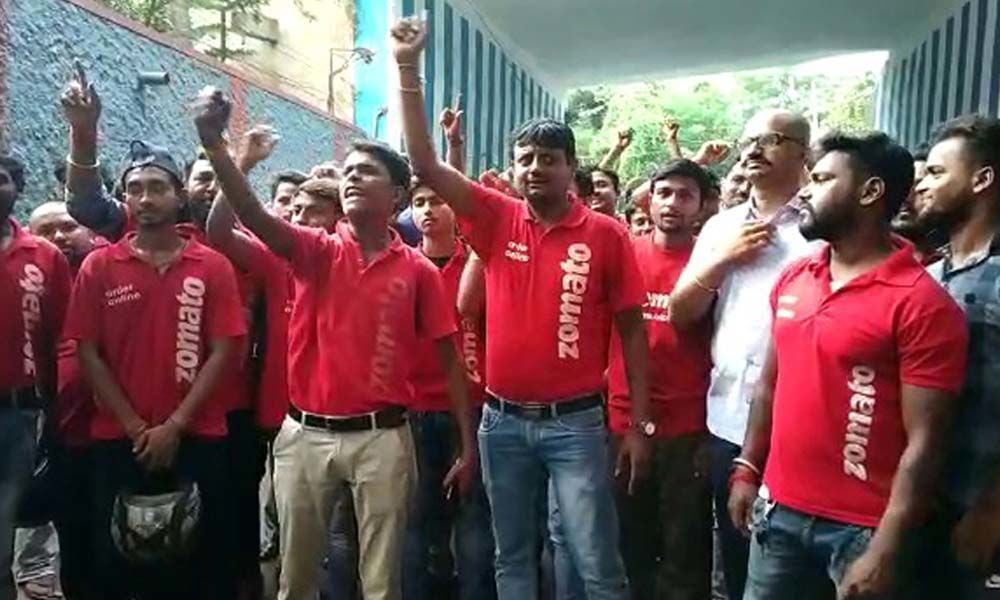 A few days after Zomato became a religion on social platforms, the issue of food delivery and this time within society itself sparked new controversy.

Deliverymen refused to deliver beef or pork during the festive celebrations of Bakrid or Eid al-Adha that will be celebrated this week on Monday.

Two of their demands are that the Zomato revises the payment order and that society also stops playing with the religious sentiment of its employees.

Thus, Hindu and Muslim food deliverers decided to go on strike from Monday and refused to deliver food going beyond their acceptable religious guidelines.

Employees reportedly informed their higher authorities but no response from them so far.

Mousin Akhtar, a Zomato food delivery man, said, "Muslim restaurants have recently been added to the online food delivery application, but we have Hindu deliverers who refuse to deliver beef. a few days that we have to deliver pork, which we refuse to deliver, we also have payment problems and have less medical means, all of which are detrimental to the fraternal bond that exists between us because we have to deliver food products Unauthorized by our religion Our religious feeling is hurt The company knows everything, but despite ourselves, it uses false claims against us. "

Another Zomato staff member explained that the food they carried to earn a living could not compromise their basic right to religion.

Bajaj Nath Brahma, Zomato food delivery manager in Howrah, said, "I'm Hindu, there are other delivery men who are Muslims, we have no problem working together, we work under all circumstances. and we can not cancel any order at all costs, if any of us denies that we have delivered a particular food product, the dispute would be denied, which would be followed by the manager. "Muslims also feel hurt by this decision. the Hindus are undermining our religious feeling, we want it to stop immediately, so we have stopped serving from Monday. "

The Minister of West Bengal and TMC de Howrah MP Rajib Banerjee answered the question. He supports the delivery staff on the issue and is assured to launch an investigation in the same situation.

Rajib said: "I, too, think that the organization that commits such an act should think about its action again, it should not force any sect to go against the rules of its religion. We had no idea of ​​such actions and since we have been approached, we will surely take action against such acts. "