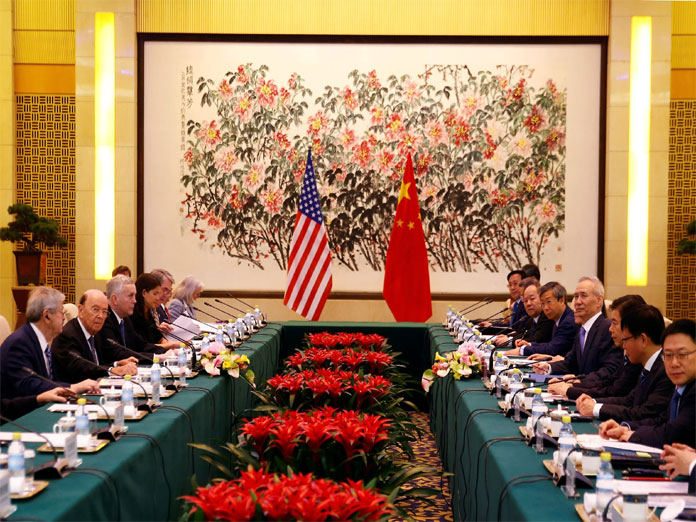 US President Donald Trump has announced that he would be delaying an increase in tariffs against China after the recent talks between the two nations made substantial progress, and plans to meet his Chinese counterpart Xi Jinping to reach a final deal to end a trade war

Washington: US President Donald Trump has announced that he would be delaying an increase in tariffs against China after the recent talks between the two nations made "substantial progress," and plans to meet his Chinese counterpart Xi Jinping to reach a final deal to end a trade war.

The US and China have been locked in an escalating trade spat since early 2018, raising import tariffs on each other's goods. Last year, Trump imposed tariff hikes of up to 25 per cent on $250 billion of Chinese goods.

The move prompted China to increase tariffs on $110 billion of US goods. Trump and Xi agreed to halt any further tariff increases for 90 days beginning January 1. Tariffs on a wide range of Chinese imports into the US were set to rise from 10 per cent to 25 per cent this Friday.

Trump cited progress made during trade talks in Washington DC last week as a reason to delay the tariff increase. "I am pleased to report that the US has made substantial progress in our trade talks with China on important structural issues including intellectual property protection, technology transfer, agriculture, services, currency, and many other issues," Trump said in a tweet.

"As a result of these very productive talks, I will be delaying the US increase in tariffs now scheduled for March 1," announced the US president. The remarks follow several days of meetings between teams led by Trade Representative Robert Lighthizer and Chinese Vice Premier Liu He.

Trump met with Liu in the Oval Office on Friday, and both men expressed optimism that a deal to end the trade war could be reached. China's official Xinhua news agency also said the two sides made "substantial progress" on thorny issues in the talks.

The delegations "came a step closer to realising the important consensus reached" by Trump and Xi late last year, Xinhua said. The report said the parties also agreed to "carry out follow-ups in accordance with the instructions of the two heads of state".