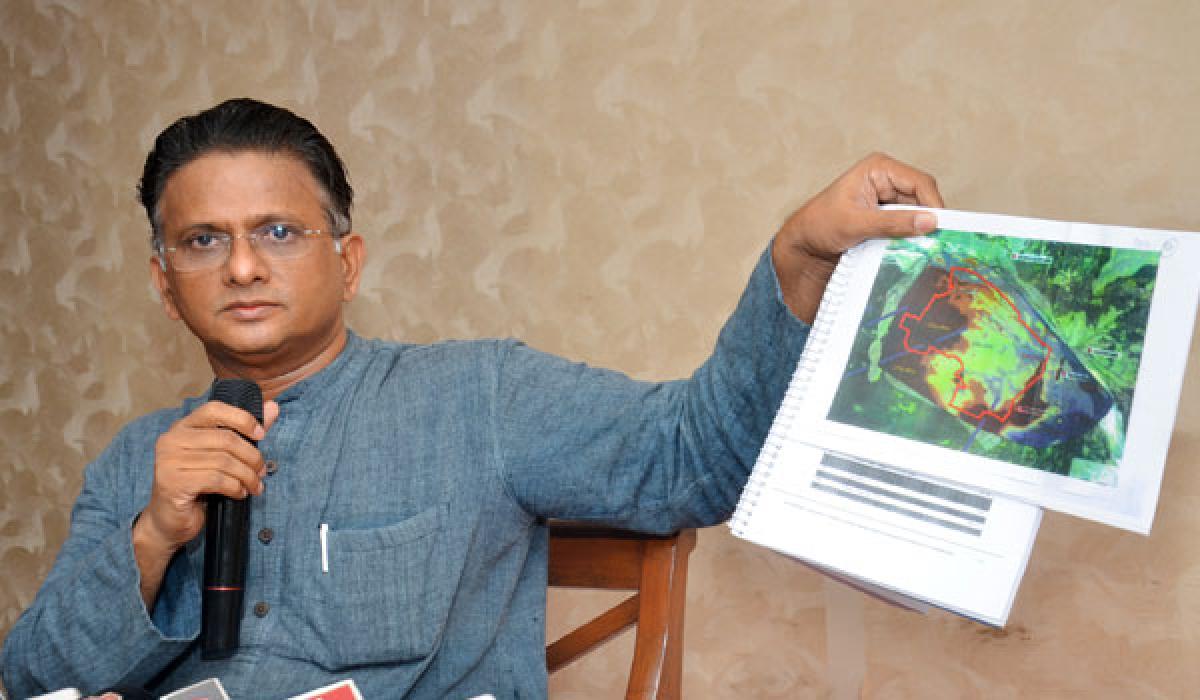 Visakhapatnam: Congress leader and social activist Bolisetty Satyanarayana said that the National Green Tribunal (NBT) will announce its judgment on the seed capital of Amaravati. The tribunal heard arguments from both the sides during the last two years and reserved its judgment.

Visakhapatnam: Congress leader and social activist Bolisetty Satyanarayana said that the National Green Tribunal (NBT) will announce its judgment on the seed capital of Amaravati. The tribunal heard arguments from both the sides during the last two years and reserved its judgment.He said several petitions were filed by eminent persons, environmentalists and social activists, including him on how CRDA, had violated all the norms and laws, while taking up the construction at the capital.

It was alleged that the most of the capital area was under inundation of Krishna floods and Kondaveeti Vagu and as this project is above 150,000 square metres, hence, EC has to be obtained from the Central Environment Authority, MoEF, and not from the State Level Environment Impact Assessment Authority (SEIAA) in Hyderabad (their jurisdiction is below 150,000 square metres built up area).

Addressing a press conference here on Saturday, Satya said as this project falls under 8(b) of notification of Environment Act, that this project should get the prior EC which is mandatory and APCRDA has not even applied.He said the project authorities have admitted that they are strengthening Kondaveeti Vagu which is illegal as per the Supreme Court order issued in a similar case.

The project authorities agreed that they are going to tamper with the river islands, which was also proved to be illegal, as it would damage the river ecology.Satya said it was NAPM which initiated the movement by initiating a study of capital city area under the guidance of MG Devasahayam (Former administrator of Chandigarh who is in-charge of phase II of Chandigarh construction).

Several national-level activists like Medha Patkar, P V Rajagopal and others visited and brought the issue to the notice of Anna Hazare.He said recently he, Prof Soni, Rajendra Singh, P V Rajagopal met Anna Hazare at a workshop on ‘Social and environment’ in Alwar and had formulated an action plan to protect the floodplains, wetlands and agriculture in the capital region. On their request, Anna Hazare had agreed to pay a visit to Amaravati in the first week of June this year.