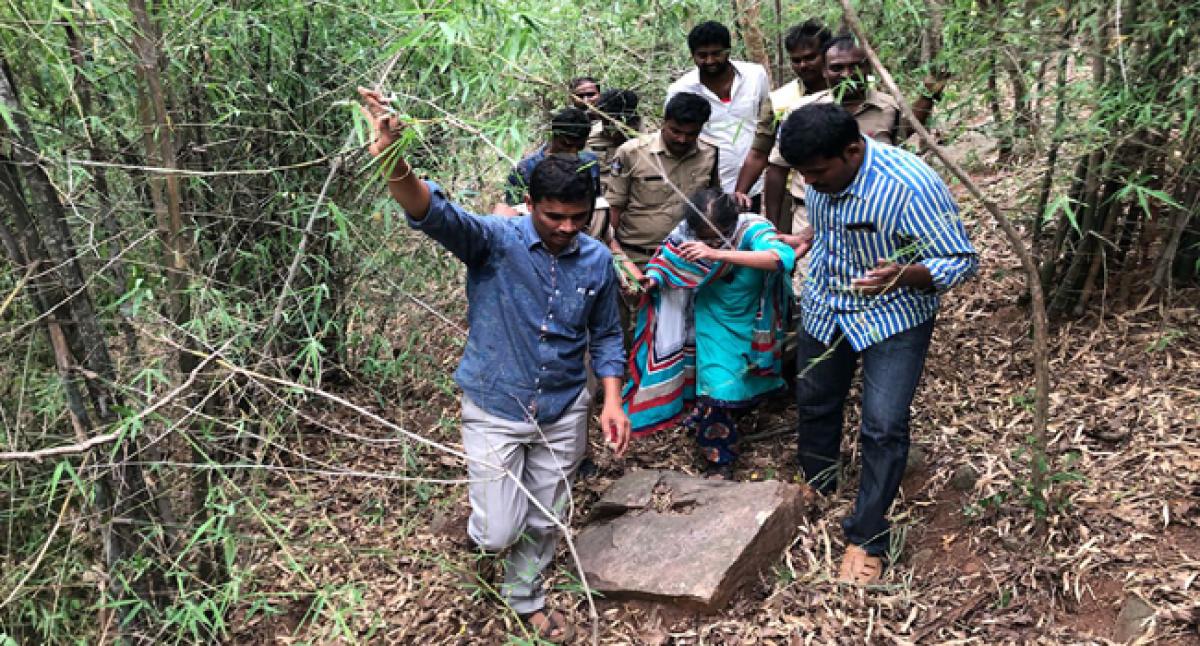 Tirupati A married woman, Neeraja 28 from Jaggayyapeta of Krishna district made an attempt to end her life by jumping into Avvasarikona valley on Tirumala foot path on Monday

Tirupati: A married woman, Neeraja (28) from Jaggayyapeta of Krishna district made an attempt to end her life by jumping into Avvasarikona valley on Tirumala foot path on Monday.

The woman who was later rescued with injuries is under treatment at Sri Venkateswara Institute of Medical Sciences (SVIMS) Hospital in the city. According to Tirumala II town DSP Eswar Reddy, five rescue teams comprising forest, fire, police and TTD vigilance plunged into action following an alert from state control room. After a four-hour search in the valley, the teams found the woman in a steep slope, 60 ft deep.

The woman maintained that she accidentally fell into the valley. But her statement was not believable. Preliminary inquiries by the police revealed that the woman who is having family problem left home after a tiff and reached the pilgrim city early Monday and took the foot path route to Tirumala.

Neeraja who was panicked after her fall into the valley, managed to make a call to her family and informed them about her condition. The family members dialled 100 and also informed the local police. Eswar Reddy said Tirumala police were already in touch with Jaggayyapet police for follow up action.