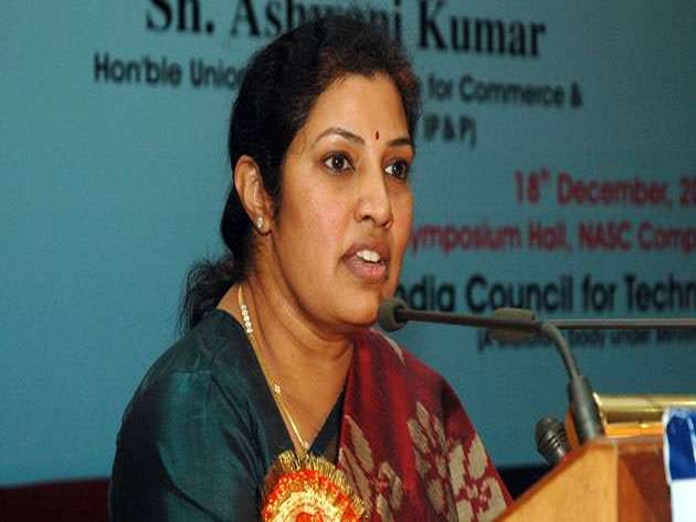 Vijayawada: Bharatiya Janata Mahila Morcha in-charge and former Union Minister Daggubati Purandeswari alleged that the State government is blaming the Union government in spite of getting full support for the development of Andhra Pradesh.

Addressing the media here on Tuesday, she said the State government completed 65 per cent of the Polavaram project works, implementing schemes like PMAY, Chandranna Bima and developing infrastructure facilities in rural areas with the assistance being given by the Union government.

She said the Central government increased its assistance to the States following the 14th Finance Commission recommendations.
“How can the Andhra Pradesh government construct houses without getting financial support from the Union government under PMAY scheme,” she asked.

She said the AP government started constructing houses for the beneficiaries due to the subsidy provided by the Union government.
The Mahila Morcha leader pointed out that the AP government was successfully implementing Chandranna Bima insurance scheme only with the support of Central government.

"Construction of CC roads and supply of drinking water in every village is possible in Andhra Pradesh due to the financial help being given by the Union government," said Purandeswari. She questioned as to how the State government would complete 65 per cent works of the Polavaram Project without getting support from the Centre.

Asked about the Kadapa steel plant, Dugarajapatnam Port and Vizag railway zone, she replied that Vizag railway zone issue is linked to Odisha and the State government had not given clear details on Kadapa Steel Plant.

She said the Centre had made it clear that construction of Dugarajapatnam Port would not be possible and added that the State government failed to show alternative place for construction of the Port.