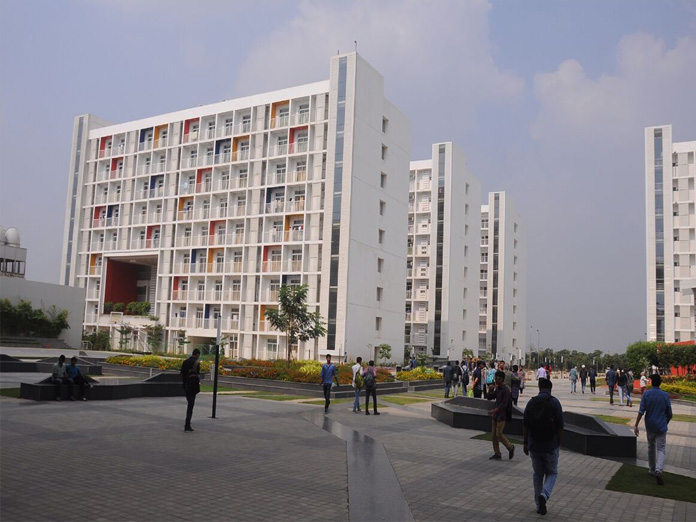 In an exclusive interview with The Hans India, the vice-chancellor said that in the next ten years, the SRM University, Amaravati, is going to be as big as USA-based Massachusetts Institute of Technology.

Since its inception in 2017, the university introduced several courses because of which the present strength crossed 1200 with the first-year students of 200. The sprawling engineering campus is teeming with the students who got admissions through SRM JEE Test.

The student strength includes 60 students who are studying in the School of Liberal Arts and Basic Sciences (SLABS). Admitting that the present engineering graduates lack communication skills and that is the problem throughout the country, he said that the SRM is employing the best faculty to train the students in soft skills.

SRM believes in making the students ready for innovation, he said citing the example of Google which employs young engineers without any project and asks them to come up with new ideas.“We want to create entrepreneurs and innovators,” he asserted stating that one should fail to become successful.

Showing the huge campus, the vice-chancellor said that it was actually a mini campus and the main campus would come up in the next five years in the sprawling 200 acres with School of Law, School of Business and the School of Medicine and Health Sciences.

The USA-based Perkins and Will Inc has been entrusted with the construction of the campus and its Indian partners are closely monitoring the construction. Referring to the Active Learning Classroom, the vice-chancellor said that the students could contact the senior professors online to get their doubts clarified. Nalin Bakhle, director of media communications, was also present.