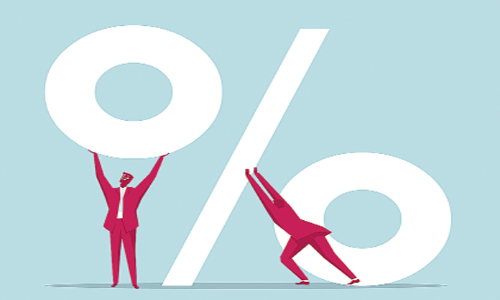 Ahead of the Union Budget 201920, traders preferred to unwind short positions trimming the rollover volume in February derivatives series from January series The rollover of 172 crore shares in Nifty into February series is the lowest since August 2017

Ahead of the Union Budget 2019-20, traders preferred to unwind short positions trimming the rollover volume in February derivatives series from January series. The rollover of 1.72 crore shares in Nifty into February series is the lowest since August 2017.

The drop in short positions indicates lower possibility of decline in the week ahead, observe derivatives analysts. The January F&O series was concluded with 0.5 per cent earnings, while Nifty rollover was at 61.84 per cent with a roll cost of 0.23 per cent.

The Put-Call ratio of Open Interest for the week closed up on February 1, 2019, at 1:38 and it indicates out of the money (OTM) Put writing, said Dhirender Singh Bisht, senior analyst (derivatives) at SMC Global Securities.

“The February F&O series began on a positive note as smart recovery was seen from lower levels ahead of interim budget on Friday. From options data, Call writers and Put writers were actively selling OTM options.

The maximum Open Interest buildup of more than 30 lakh shares at 10700 Puts was seen, which should act as strong support zone moving forward. Rollover of 1.72 crore shares was witnessed in Nifty to February series which is lower as compared to December expiry and Nifty rollover was within the range of 10,680 to 10,750 into February series,” remarked Bisht.

In stock futures, highest rollover was seen in Adani Power, PVR, GSFC, GodrejInd and CG Power, while lowest rollover seen in PowerGrid, AdaniEnt, BPCL, NTPC and ONGC. A sector- specific higher side rollover was seen in PSU banks, auto ancillaries and aviation sectors, while oil and gas and capital goods sectors observed least rollovers. The Implied Volatility (IV) of Calls closed at 15.95 per cent, while that for Put options closed at 16.23 per cent, added Bisht.

“The Nifty VIX for the week closed at 17.12 per cent and is expected to remain sideways. Next week, we expect that Nifty is most likely to trade in the range of 10,700 to 11,000 with high volatility and some stock-specific action. The PCR OI for the week closed up at 1:38, which indicates OTM Put writing. On the technical front, 10800-10750 future levels is strong support zone and current up trend is likely to continue if nifty sustain above 11000 levels,” forecasts Bisht.