PM Modi a 'friend', Donald Trump quoted as saying in book by journalist 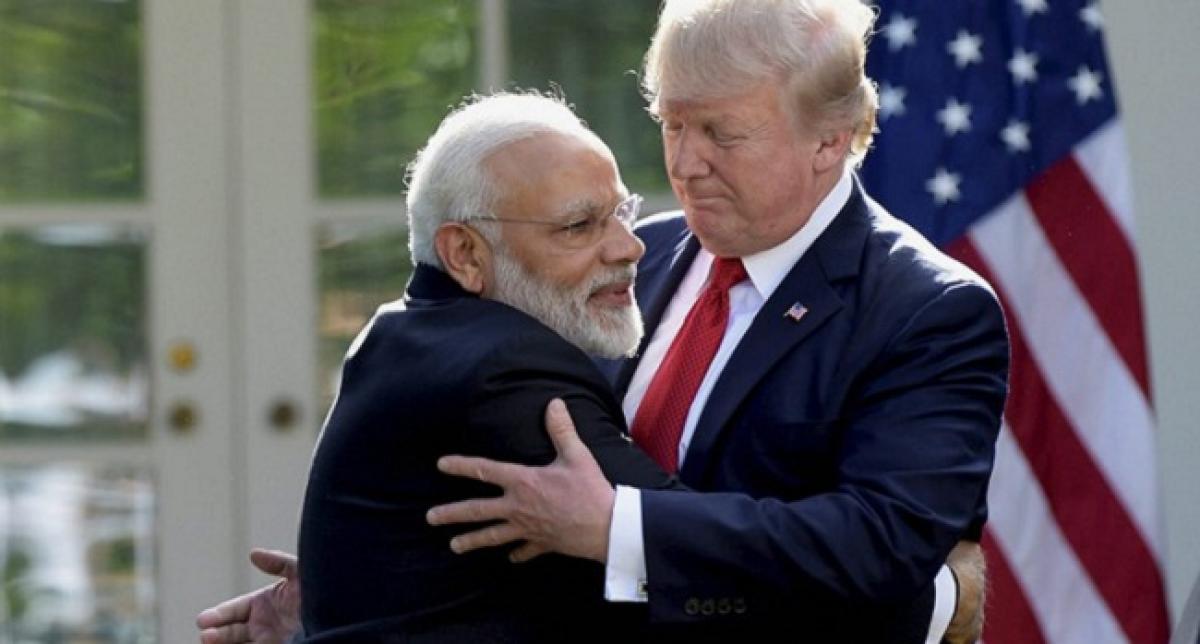 US President Donald Trump described Prime Minister Narendra Modi as his friend who told him that the US has got nothing out of Afghanistan, according to Bob Woodwards latest book that hit stores on Tuesday

Washington: US President Donald Trump described Prime Minister Narendra Modi as his friend who told him that the US has got nothing out of Afghanistan, according to Bob Woodward's latest book that hit stores on Tuesday.

"Prime Minister Modi of India is a friend of mine. I like him very much," Donald Trump is quoted as saying by renowned journalist Bob Woodward in his book 'Fear: Trump in the White House' which has portrayed a dysfunctional Trump administration.

The book has caused controversy as it reportedly portrays Donald Trump as chaotic, mercurial and uninformed.

The White House has described the book as "reckless" and a work of fiction with the president calling it a "joke".

"He (Modi) told me the US has gotten nothing out of Afghanistan. Nothing. Afghanistan has massive mineral wealth. We don't take it like others - like China," Donald Trump is quoted as saying during the July 19 situation room meeting."The US needed to get some of Afghanistan's valuable minerals in exchange for any support. I'm not making a deal on anything until we get minerals. And the US 'must stop payments to Pakistan until they cooperate'," President Trump said.

Six months later Donald Trump in a new year tweet on January 1 announced to stop all military aid to Pakistan arguing that it is not taking action against terrorist groups operating from its soil.

President Trump told his national security aide that US is losing in Afghanistan.

"We're losing big in Afghanistan. It's a disaster. Our allies aren't helping. Ghost soldiers - those paid but not serving - are ripping us off. NATO is a disaster and a waste, he said. The soldiers had told him that NATO staff were totally dysfunctional," the book says.

"Pakistan isn't helping us. They're not really a friend," despite the USD 1.3 billion a year in aid the US gave them, President Trump said.

Donald Trump refused to send any additional aid. The Afghan leaders were corrupt and making money off the US, Bob Woodward writes in the book.