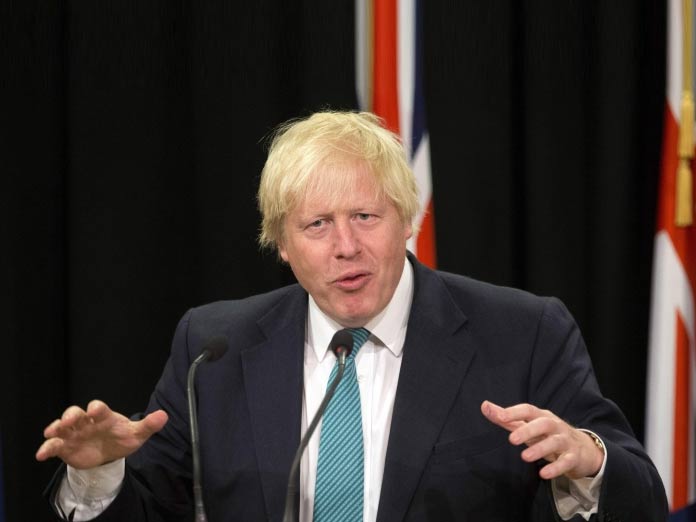 Britain stands shouldertoshoulder with India in outrage over the Pulwama terror attack, and in determination to work towards defeating terrorism that threatens both the countries, British MP and former foreign secretary Boris Johnson said Saturday

NEW DELHI: Britain stands shoulder-to-shoulder with India in outrage over the Pulwama terror attack, and in determination to work towards defeating terrorism that threatens both the countries, British MP and former foreign secretary Boris Johnson said Saturday.

Speaking at a conclave in New Delhi, Johnson said India and the United Kingdom would succeed in defeating terrorism, a common threat, for their values were superior to those of terrorists and their sponsors.

"I'm sure I speak for millions of people in my own country when I say we stand shoulder-to-shoulder with India in outrage at the killings in Pulwama, and in our determination to work with you to defeat the terrorist foe that threatens us both," Boris Johnson, a former mayor of London, said.

"And we will succeed, and we will defeat them because in the end, it is our values that are superior to those of the terrorists, and those who sponsor them," he said.

Forty CRPF personnel were killed on February 14 in Jammu and Kashmir's Pulwama district when a Jaish-e-Mohammed suicide bomber rammed an explosive-laden vehicle into a bus carrying the security forces.

On the return of IAF Wing Commander Abhinandan Varthaman from Pakistan's custody, Johnson said Pakistan Prime Minister Imran Khan has behaved sensibly in deciding to release the pilot but he clearly faces a very difficult situation in dealing with terrorism.

"Imran Khan behaved sensibly in deciding to release the pilot but he clearly faces a very difficult situation and I think all of us who worry about what is going on there has a real duty to support the civilian side of the government in Pakistan against the deep state elements," he said.

"We have a very important relationship with Pakistan but there is no doubt that the deep state in the country has been responsible chronically for association with the sponsorship of terrorist groups.

We have been trying to address it through task force, blacklisting and greylisting and we put a huge amount of pressure on Pakistan.

But we can consider putting more pressure through our aid budget," he said. Varthaman was handed over to India by Pakistan after being in captivity for nearly three days.

He was captured on February 27 by Pakistan following a dogfight between the two air forces in which his MIG-21 was shot down.