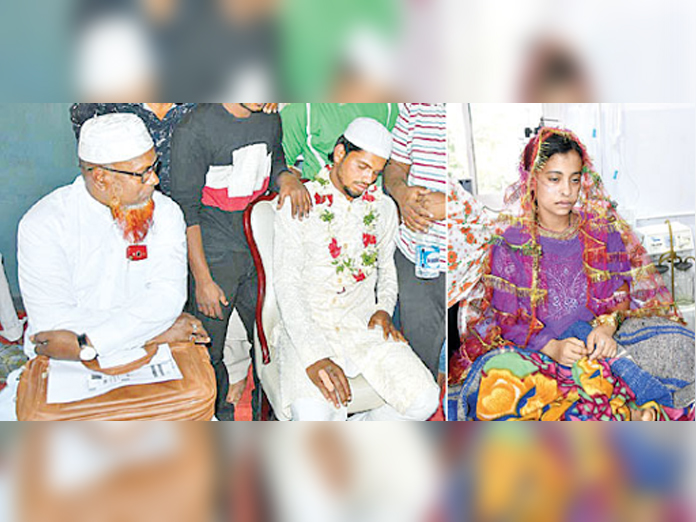 A couple hailing from Vikarabad district got married in a hospital after they attempted suicide due to their parents' rejection of marriage.

Going into details, Nawaz (23) and Reshma Begum (20) who were in a relationship professed their love to parents who rejected it. Unable to take it, Reshma attempted suicide and was shifted to a hospital. On learning it, Nawaz too consumed pesticide and was shifted to the same hospital. After the doctors declared the duo from out of danger, their parents finally accepted their relationship and performed the 'Nikha' in the hospital.

Reshma used to meet Nawaz at her sister's home who was married to Nawaz's brother.