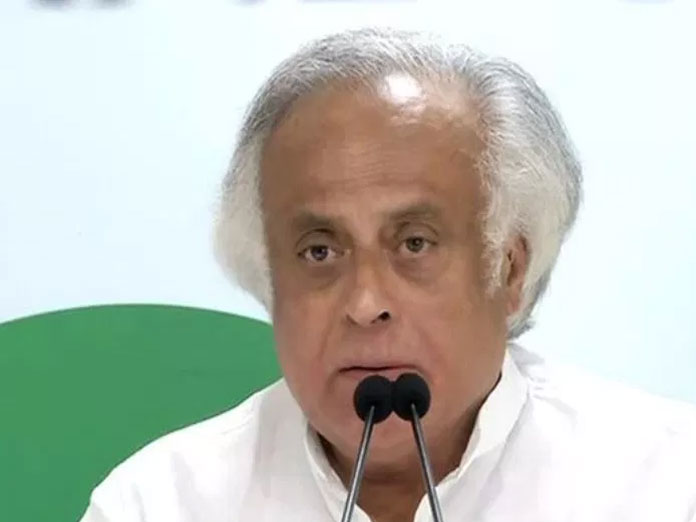 A bench of Chief Justice Rajendra Menon and Justice V K Rao rejected the plea in which Ramesh said that the amendments were done in violation of the Constitution as they were enacted as money bills.The court had on Wednesday reserved its order after hearing arguments on behalf of the Congress leader and the Centre.

It had said the it would consider the petition.In the petition, the Rajya Sabha MP has said that prior to the present regime at the Centre such amendments were part of an ordinary bill.

A money bill is a piece of legislation which can be introduced only in the Lok Sabha and the Rajya Sabha cannot amend or reject it. The Upper House can only make recommendations which may or may not be accepted by the Lower House.
Senior advocate P Chidambaram and advocate Abhishek Jebraj, appearing for the Congress leader, had told the court that the amendments made to the Prevention of Money Laundering Act (PMLA) were "unconstitutional" and "illegal" as they have no relation to the money bill provisions enumerated in Article 110 of the Constitution.

"Passing the impugned amendments by way of a Money Bill is grossly illegal and is expressly ultra vires the Constitution of India. Such action bypasses the authority of the Upper House and is a desecration of bicameralism which forms an invaluable part of the basic structure of the Constitution," the petition has said.

Additional Solicitor General (ASG) Maninder Acharya and central government's standing counsel Amit Mahajan had questioned the locus of Ramesh to challenge the amendments and asked whether he has moved the petition on account of persons who have been accused of money laundering.

They had said Ramesh was in no way affected by the amendments to the PMLA and a person affected ought to have moved the court.

The government lawyers had also said that there was no public interest in the matter.