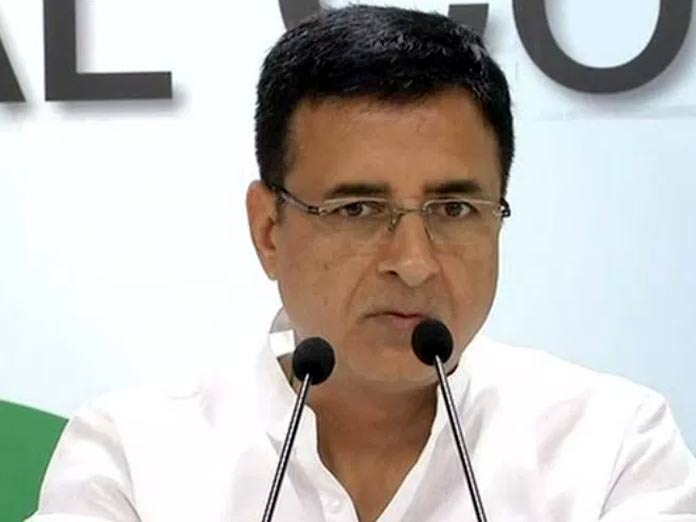 Stepping up the attack on Narendra Modi over the Rafale scam, the Congress called for a case of corruption against the Prime Minister for duping India, while the CPIM said a FIR against him was inescapable

New Delhi: Stepping up the attack on Narendra Modi over the "Rafale scam", the Congress called for a case of corruption against the Prime Minister for "duping" India, while the CPI-M said a FIR against him was inescapable.

Citing a report of the Indian Negotiation Team (INT), the Congress alleged Modi enriched Rafale maker Dassault Aviation at the cost of the Indian exchequer by waiving the bank guarantee and claimed that the price of the jets under the new deal was far higher than that negotiated during the previous UPA regime.

Addressing the media here, Congress spokesperson Randeep Singh Surjewala also claimed that the deal to buy 36 Rafale jets, including its price, was finalised by National Security Advisor Ajit Doval without any authority to do so.

"The corruption and maleficence in the Rafale deal is out in open. Modi misused his office to give benefit to Dassault Aviation and consequently caused loss to public exchequer. Modi did away with bank guarantee, despite the written opposition of the Law Ministry, the Finance Ministry and the Defence Ministry," Surjewala said.

"According to the INT, the price of the 36 jets under the new deal is Rs 63,450 crore and not Rs 59,175 crore, as has been claimed by various BJP ministers and the government.

"Moreover, considering the fact that the jets will be delivered in 10 years and taking into account an inflation rate of 1.22 per cent, the price of the jets will go beyond to Rs 67,500 crore," he said.

Questioning Doval's authority to negotiate and finalise the deal, the Congress alleged "blatant and massive corruption" in the Rafale acquisition.

"This is a clear cut case under Section 13 (1) (d) of the Prevention of Corruption Act and different provisions of Indian Penal Code. Time has now come to register an FIR against PM Modi and every other individual," the Congress spokesperson added.

The charges came on a day when the Modi government told the Supreme Court that "privileged documents" related to Rafale appearing in the media were stolen from the Defence Ministry.

The government also said it was contemplating a probe under the Official Secrets Act over the "access" to the privileged documents.

The Centre's contention before the top court came during the hearing on petitions seeking a recall of its December 14 verdict giving a "clean chit" to the government on the purchase of the Rafale jets.

Reacting to the development in the apex court, Communist Party of India-Marxist General Secretary Sitaram Yechury said a first information report (FIR) against Modi was inescapable.

"The Modi government itself admits Rafale documents were stolen from the Ministry of Defence. How can the country's security be entrusted with this government?

"But thanks to them for confirming the documents. An FIR against Modi is now inescapable," tweeted Yechury.