The animal, which was stuck for around 24 hours, was distressed and dehydrated when it was rescued, the RSPCA said

The animal, which was stuck for around 24 hours, was "distressed" and "dehydrated" when it was rescued, the RSPCA said.

An injured grey seal has been released back into the wild after getting stranded 10ft (3m) off the ground on a beach in Yorkshire.

The animal, which had hurt its eye, got stuck on top of a Second World War pillbox on Fraisthorpe Beach, near Bridlington on the Yorkshire coast.

A concerned passerby raised the alarm, after the seal had been there for 24 hours and an RSPCA team rescued it from the large blockhouse on Tuesday.

The male seal was nursed back to health at the Scarborough Sea Life Centre, where vets treated its infected eye and rehydrated it. 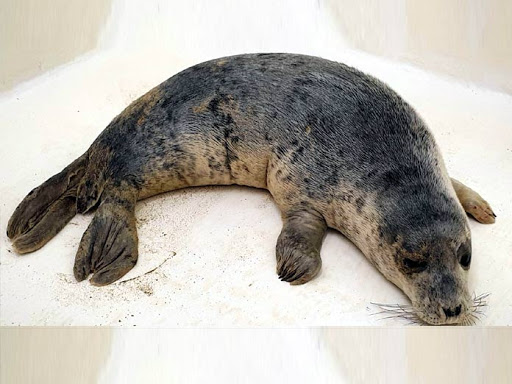 RSPCA officer Leanne Honess-Heather, who helped rescue the pinniped, said: "The poor seal was clearly distressed and we could see he had injured his eye.

"Because he had been stuck up there for 24 hours, and had been exposed to the strong sun throughout the heat of the day, he was very dehydrated.

"The light was fading fast and we didn't have much time. We knew we had to get him down quickly.

"The sheer sides and height of the pillbox made the rescue quite a challenge." 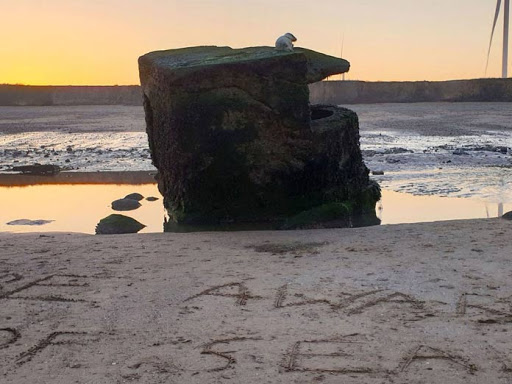 Ms Honess-Heather and RSPCA inspector Claire Mitchell "managed to manoeuvre him into a net and, supporting his weight between us, we managed to carefully lower him... Luckily, we were able to get him down safely."