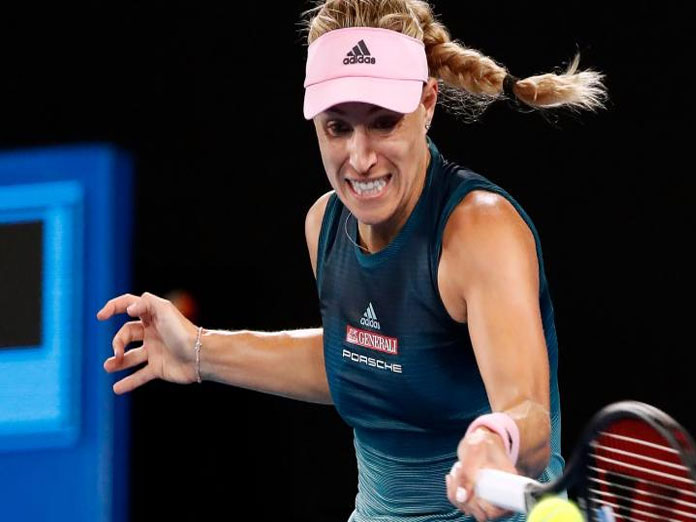 The normally unflappable German lost her cool on the court as Collins dismantled her 6-0, 6-2 in less than an hour and bristled afterwards when questioned about the loss.

"I can say it again, that she played really one of her best matches," Kerber snapped.

"To be honest... I think she played good today. I think everything was good and she served good, she returns my serves good. So, yeah."

Three-time Grand Slam champion Kerber, 31, arrived in Melbourne Park as one of the favourites for the title.

She won the tournament in 2016 and many pundits were tipping her to lift the trophy again as she blazed through the opening rounds without dropping a set.

World number 35 Collins was regarded as little more than a speedbump on Kerber's path to the final stages of the tournament, particularly since the German trounced her 6-1, 6-1 in their only previous meeting.

The 31-year-old said she felt good after her warm up and had no inkling she was about to be ambushed in the biggest upset yet at this year's season-opening Grand Slam.

"I was feeling good but you have sometimes days like this," she said.

"She hit every ball on the line, in the court. I was just trying (but) I couldn't find my rhythm. The whole match I was trying everything.

"I wasn't able to play my tennis, my solid game. I wasn't moving good. My serve wasn't as good as it has been in the last few days."