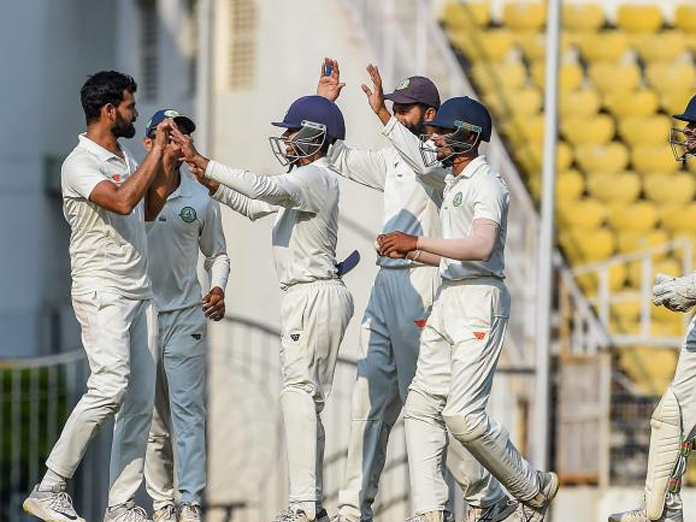 Set a target of 206, Saurashtra folded for 127 in 58.4 overs, giving Vidarbha their second title triumph in the country's marquee first-class tournament.

Left-arm spinner Aditya Sarwate was the star for Vidarbha, claiming six wickets in his 24 overs in the second innings. He had picked up 5/98 in the first innings.

Star batsman Cheteshwar Pujara, who played a stellar role in India's maiden Test series triumph on the Australian soil last month, could not come good for Saurashtra and was dismissed cheaply in both the innings.