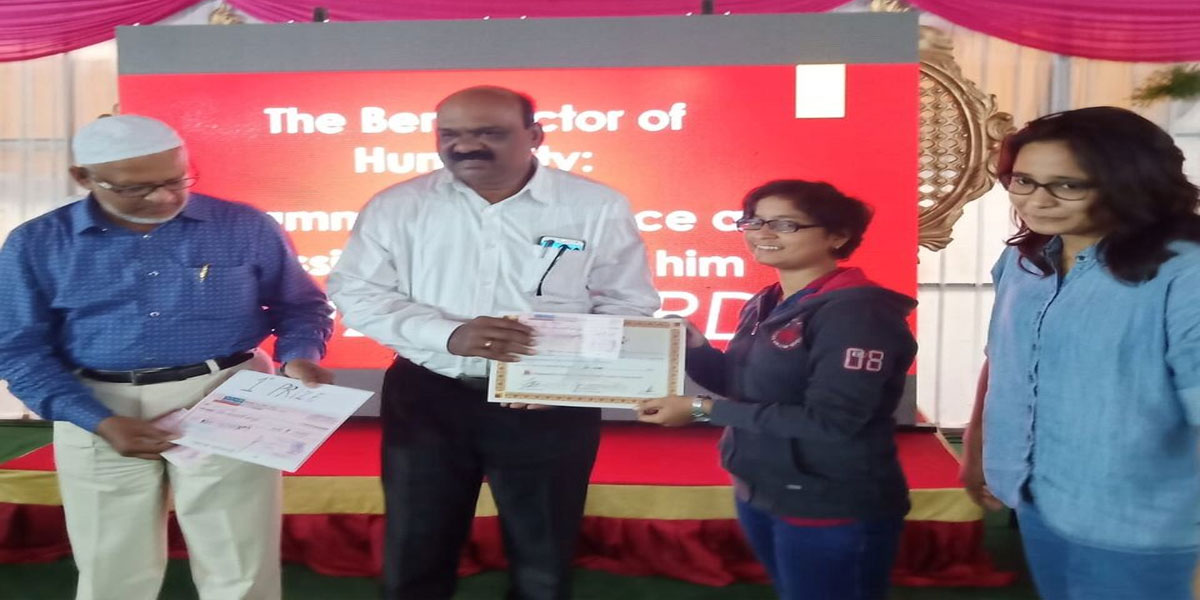 Hyderabad : The students of University of Hyderabad (UoH) won the first prize in the first ever quiz contest conducted for ‘non-Muslims’ on the subject of life history of Prophet Muhammad here on Sunday. The team of female students Kumari Ria Ranjan and Garvita Singh who won after overcoming different stages of the competition were handed over a cash prize of Rs 20,000 by Prof Sudhakar of UoH. In the event which was organised in Abids about 200 youngsters, mostly women took part. The team of K Gopi and Saidulu won second prize of Rs 15,000 and Rahul Reddy and K C Lal won the third prize of Rs 10,000. While a consolation prize of Rs 2,000 was given away to 7 other contestants.

The quiz was held in two languages Telugu and English. The topic of the quiz contest was ‘Prophet Muhammad-Real Benefactor of Humanity’ (Manawa Mahopakari Muhammad in Telugu). The questions were asked from the book ‘Muhammad, the benefactor of humanity’ written by Naeem Siddiqi. “With the objective of clearing any misconceptions about the life history of Prophet Muhammad, for the first time in the city, this unique quiz competition exclusive for non-Muslims was organised. Similar events will be organised in future,” said City president of Jamaat-e-Islami Hind (JIH) president, Hafez Rashaduddin.