Lawmakers ban on cell phone use while driving 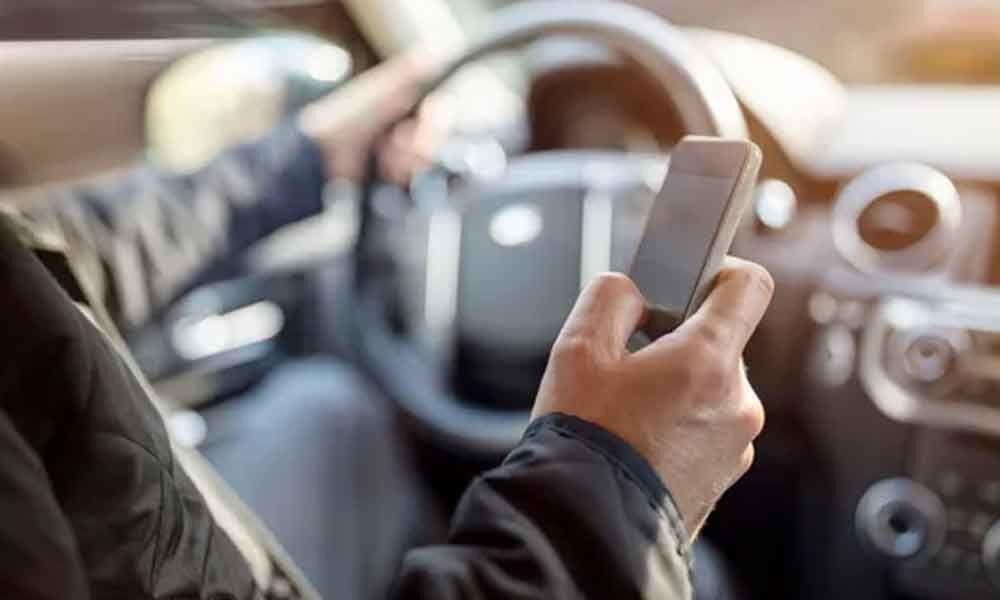 The hand-held phone use ban bars drivers holding it unless the vehicle is stopped.

The small list of states that allow either texting while driving or hand-held cellphone use is shrinking after the Arizona House on April 18, overwhelmingly approved a cellphone use ban and sent it to Republican Gov. Doug Ducey for his expected signature.

Arizona, Missouri and Montana had been the only three states that hadn't banned texting while driving. Arizona will join 16 others that ban all use of hand-held cellphones while driving.

The 44-16 vote on the toughest of three proposals debated by House lawmakers April 18 comes after years of inaction by the Republican-controlled Legislature. The Senate earlier approved it on a 20-9 vote. Ducey has pledged to sign the measure, which takes effect in January 2021.

More than two dozen cities enacted local bans that will remain in effect until then.

The House rejected a weaker ban on cellphone use but approved legislation that strengthens the state's overarching distracted driving law on a 31-29 party line vote.

Bills to restrict phone use while driving has been introduced for a decade but haven't advanced amid concerns by Republicans about creating a "nanny state" that overregulates behaviour.

Supporters of the ban pointed to the death of a police officer in January after a distracted driver lost control and struck him on a Phoenix-area freeway. Relatives of Salt River tribal police officer Clayton Townsend and others who have died in distracted driving crashes gave emotional testimony, carrying photos of their loved ones around the Capitol.

The officer's death gave the proposal inertia that hadn't appeared despite tearful testimony in recent years by relatives of people killed in accidents caused by cellphone use, said Republican Sen. Kate Brophy McGee, who carried the measure with Rep. Noel Campbell.

The hand-held phone use ban bars drivers holding it unless the vehicle is stopped. Calls to 911 would be allowed. Police could issue warnings until 2021 when they could begin writing tickets carrying fines of USD 75 to USD 149 for a first offence and up to USD 250 for a second.

The second enacted proposal doesn't explicitly ban texting, but rather outlaws any behaviour that isn't related to driving if it causes an "immediate hazard" or prevents the driver from controlling their vehicles.

Democrats opposed the distracted driving measure, saying it could lead to racial profiling by allowing officers to stop a driver on a pretext. But Republican Rep. John Kavanagh, a retired police officer, said a rogue officer can always find a reason to stop a driver.

Kavanagh said he supported both measures because some distractions aren't caused by cellphones and officers need the enforcement option.

"Cellphones so consume your consciousness that you don't even realise how long it has your attention," he said. "So a cellphone bill will take care of that problem. But we need this bill too."

Several lawmakers talked of deaths or serious injuries of their family members or friends. An emotional Republican Rep. Ben Toma recalled how his younger sister died years before cellphones became popular when a driver distracted by a newspaper hit her with his car.

"There is no doubt that being on your phone while driving can be a significant distraction," Toma said. "But this is a much broader issue. If this bill does nothing more than save one life we should support it."