Bus overturns as driver removes hands from steering for gutka in Warangal, 20 injured 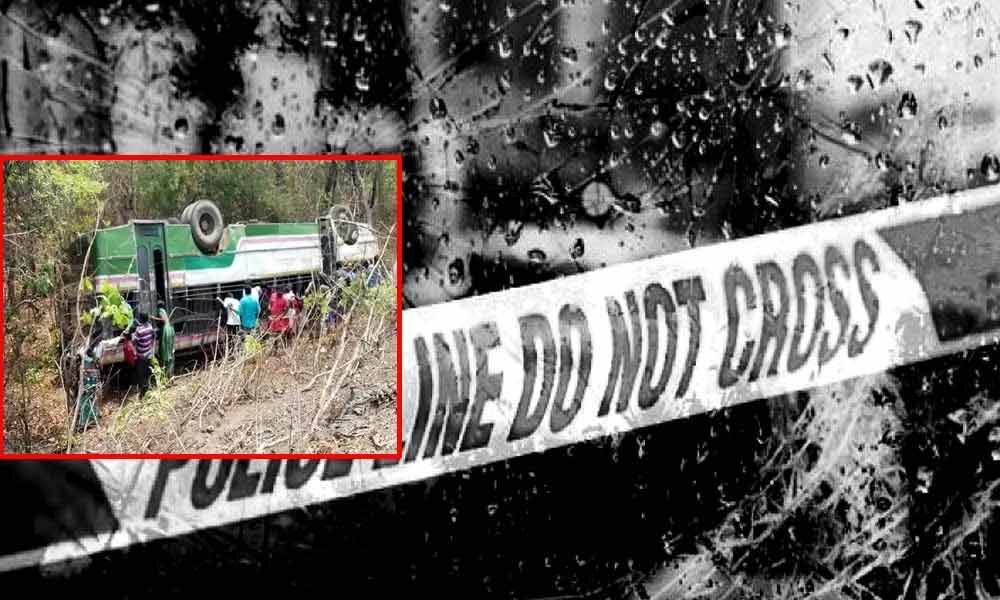 As many as 20 people were injured as TSRTC bus turns turtle on Wednesday here at Jayashankar-Bhupapally district of erstwhile Warangal district.

The driver is learned to have removed his hands from wheel to open a gutka packet following which the bus fell into a gorge.

Of the 20 injured, the condition of six people are said to be critical.