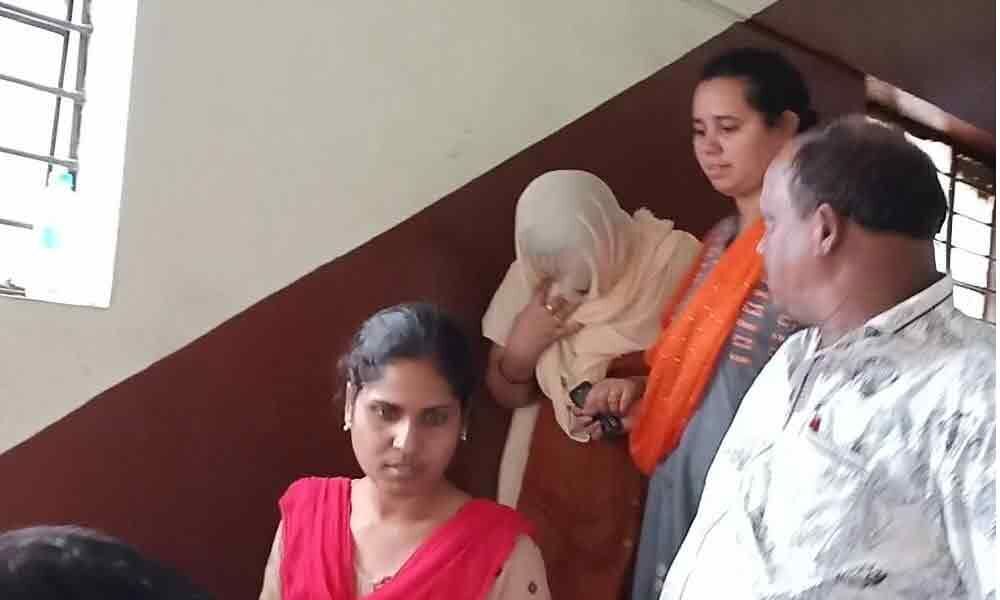 The officials seized Rs 93.5 lakh cash and over 400 grams gold after conducting searches in her house on Wednesday. The sleuths also seized several property documents, including a three-storey building in Hyderabad along with plots.

The officials reportedly seized several documents pertaining to 12 vacant plots. The ACB sleuths are reportedly estimated the properties at over Rs 10 crore and are investigating the other assets procured by her.

Details of her bank accounts were also sought from her and several passbooks and documents related to fixed deposits were also seized. The officials quizzed her on benami properties.

The officials also focused on her husband's assets who is reportedly absconding after the arrest of Lavanya. Since he is also a government employee, the officials are also concentrating on his assets, bank balances and benami properties to assess the total assets of the couple.

Earlier after arresting Lavanya, the ACB sleuths brought her to their office in Nampally and questioned her.

Later both were produced before the magistrate. The arrests of Tahsildar and the VRO turned as a hot topic among the bureaucrats and the officials after the seizure of Rs 93.5 lakh cash from her house.

The bribe allegations against the Tahsildar came to light when the ACB sleuths caught the VRO of Dattayapally red-handed while taking the bribe of Rs 30,000 from a farmer by name M Bhaskar, who complained to the ACB officials.

In enquiry, the VRO confessed that he had demanded Rs 8 lakh from the complainant for issuing digital pass book and updating his land record online, including Rs 5 lakh to Tahsildar Lavanya. He spoke to the Tahsildar on phone and told about the bribe of Rs 4 lakh taken from the complainant.

Based on the information furnished by the VRO, the ACB sleuths conducted searches in the house of Tahsildar and seized the cash, gold and documents of plots and lands.