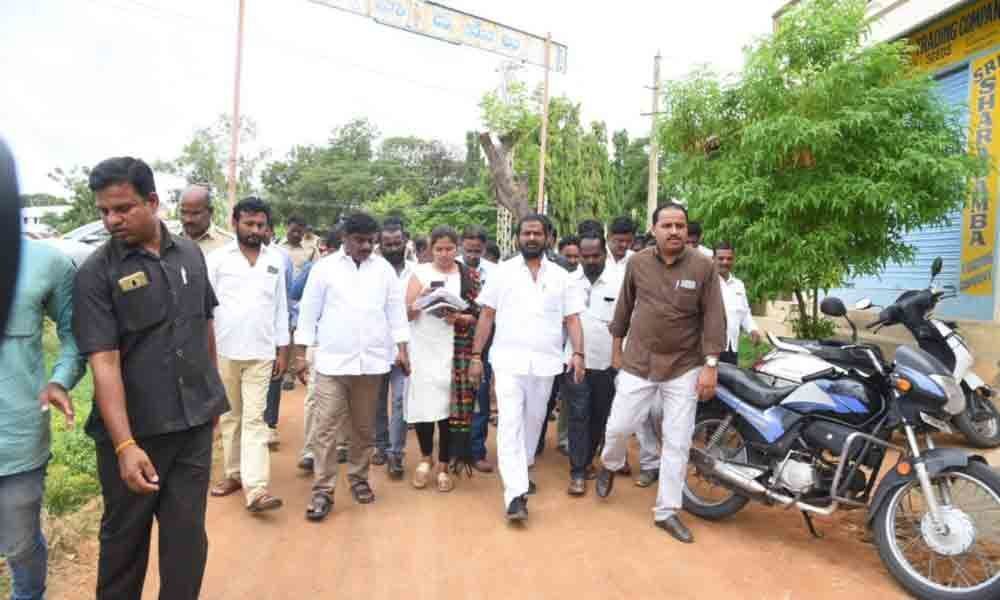 The Minister accompanied by officials from electricity, municipal, public health, revenue and police departments, first visited Balajinagar and Sriram Nagar Colony and interacted with people to know their problems. The people pointed official lethargy with regard to fixing of damaged roads and drainages in the Colony. The Minister after listening to them and directed the concerned officials to immediately begin the repairs and asked them to submit a completion report at the earliest.

The Minister also laid focused on the incomplete CC roads and drainage works in some of the colonies. He directed the municipal and water works officials to ensure that even the hut and slum dwellers get tap water without fail. Later, the Minister laid a foundation stone for CC road in Sriram Nagar colony and asked the concerned contractor to complete the works at the earliest.