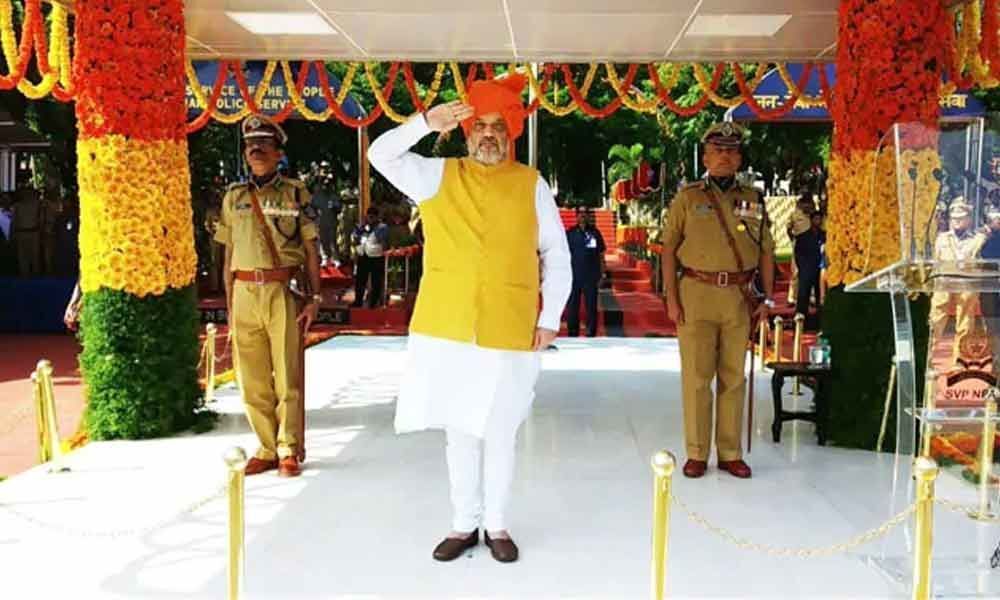 Hyderabad: Union Home Minister Amit Shah has said that with only through strengthening internal security, the nation would move forward in all aspects and achieve its goals.

Participating as the chief guest in Passing Out Parade of 70 RR IPS Probationers programme at Sardar Vallabhbhai Patel National Police Academy on Saturday, Shah said the incomplete dream of Late Sardar Vallabhbhai Patel has been fulfilled by the Prime Minister Narendra Modi government by abrogating the Article 370 in Jammu and Kashmir and made India "Ek Bharath-Shresht Bharath." He gave a call to the probationers to work corruption free and to utilise the opportunity to serve the country and people for 30 years long period till they attain 60 years.

The Home Minister said even the politicians are not getting the opportunity to serve the people for such a long tenure. Amit Shah said the challenges before them are terrorism, narcotics, cybercrime and the disturbances created by the neighbouring countries.

Shah said within the jurisdiction of the constitution, the civil servants can perform their duties in the interest of the nation and for uplifting the people. He advised the probationers to take the oath daily and to remember the sacrifices of over 33,000 civil servants who laid down their lives for the safety and security of the country.