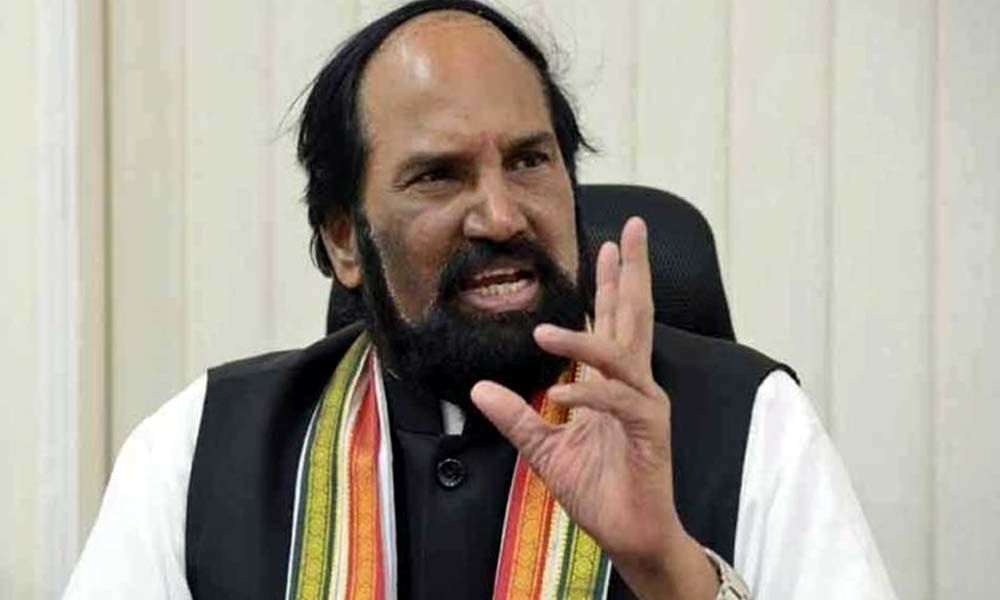 Telangana Pradesh Congress Committee (TPCC) President Capt. N. Uttam Kumar Reddy on Friday demanded that the State Government withdraw the permissions it granted for Uranium mining as it was ruining the livelihood of Chenchu Tribals and endangering the ecology.

Hyderabad: Telangana Pradesh Congress Committee (TPCC) President Capt. N. Uttam Kumar Reddy on Friday demanded that the State Government withdraw the permissions it granted for Uranium mining as it was ruining the livelihood of Chenchu Tribals and endangering the ecology.

Uttam Kumar Reddy, in an open letter to Chief Minister K. Chandrashekhar Rao, said that Nallamalla was among the largest forests in the world and the reports of State Government permitting Uranium mining in the area were highly disturbing. As per the version brought to his notice, he said that the Central Government has identified Amarabad of Nagar Kurnool and Limbapur of Nagarjuna Sagar for Uranium mining and the Ministry of Environment has also given clearances. There are also reports of a comprehensive survey done for the proposed mining. He said Uranium Corporation of India was taking measures for 18,500 Tonnes of mining in 38 Sq KM of Mannanur block, 38 Sq KM of Padara block, 283 Hectares in 76 Sq KM in Deverakonda range and 542 Ha in Limbapur. They are among the 18 places across the country where Uranium mining has been permitted, as per the reports.

The TPCC Chief said that the State Government has permitted the Uranium mining without imposing any conditions or raising any objections. He said the decision of both Central and State Governments would badly hurt the livelihood of Chenchu Tribals living there. He said Amarabad is a Tiger Reserve and more than 60,000 Chenchu Tribals live in the forest area. Thousands of Chenchu and other tribals would be forced to evacuate the area if Uranium mining is allowed to happen in these areas. Further, he said the emission of gases due to Uranium mining would pollute the environment which might cause cancer among the locals and it would have a negative impact on future generations. He said the mining would not only affect the wildlife but also displace thousands of tribals.

Therefore, Uttam Kumar Reddy demanded that the Chief Minister cancel the permissions granted for Uranium mining so as to protect the Tribals and environment.