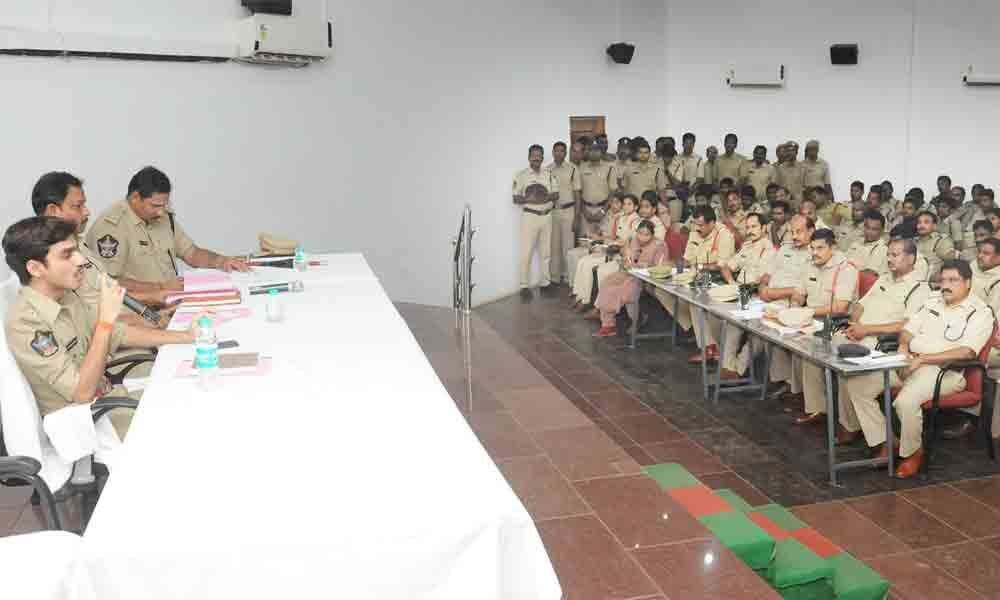 District SP Aishwarya Rastogi said that they had arranged security as per guidelines of the Election Commission of India.

Nellore: District SP Aishwarya Rastogi said that they had arranged security as per guidelines of the Election Commission of India.

The SP addressed the police personnel at Umesh Chandra Conference hall here on Wednesday and said they wouldn't allow anybody without valid passes to enter the counting premises. He also said even candidates will also be checked and allowed inside along with medicines and electronic handbook with permission.

The polling agents and staff have to deposit mobile phones at the phone point and at any cost they will not be allowed inside the counting centre.

Even media persons will be allowed to carry phones only up to media point. The SP said even police personnel should not use mobiles and they would take action if anybody violates the guideline. He directed the staff to engage photo and videographers for any unforeseen instances happen.

Other police forces such as AR and special parties should be on patrolling in the city for observing the situation. He said Sec 144 has been imposed at the counting centre area till completion of the process. Rastogi asked the police personnel to warn the people that they would file cases according to guidelines of the ECI in case of violation. They wouldn't allow any cameras with tripods and live telecast and also use of drones. He said police personnel worked hard for polls. Additional SP P Parameswara Reddy and others were present.