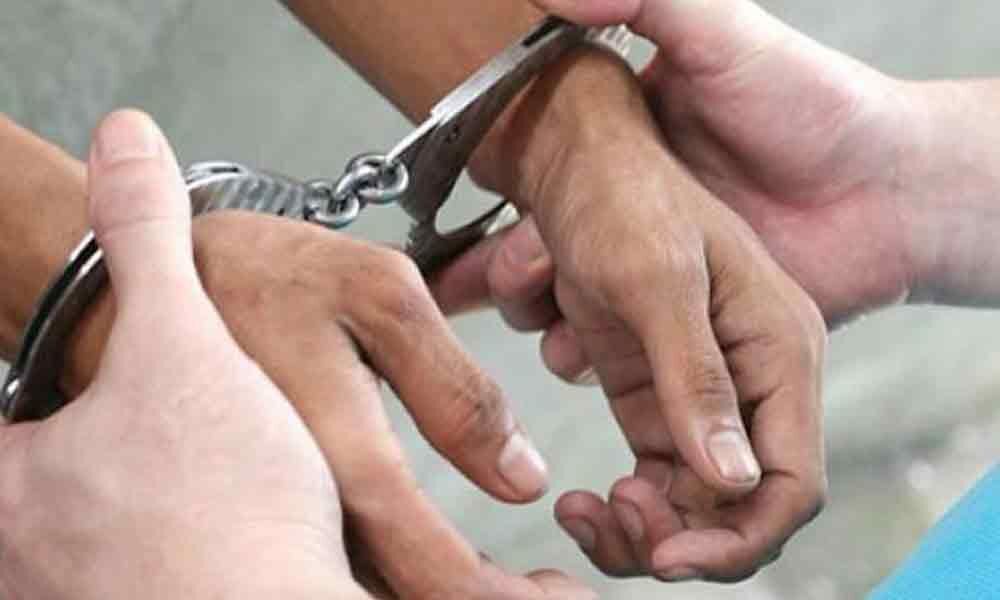 Tirupati, May 17: Four accused were arrested two days ago on Wednesday by the Bengaluru narcotics control department officials in a Alphazone sedative drug stealing case. This information came to light lately.

according to reliable sources, in drug sales case Bengaluru Narcotics Department officials had arrested an accused in few days ago. In their enquiry he confessed the crime and informed the officials from where he collected the drugs for sale and told that he purchased Alphzone drug from a former employee of Malladi drugs.

On the basis of his information just two days ago on Wednesday May 15 narcotics department officials came to Renigunta and arrested above the four accused and shifted them to Hyderabad for further enquiry.

According to information, one former employee of Malladi drugs (Renigunta) made an agreement with presently working factory employees Srinivasulu, Chittibabu and Nagaraju for stealing Alphzone sedative drug from factory store. As per their plan drug was stole one month ago from the factory.

Interestingly, factory management did not find this huge drug stealing issue, this incident came to light after interfering of narcotic drugs control department officials only.

Presently all the four accused under the narcotics department custody at Hyderabad for further case investigation.