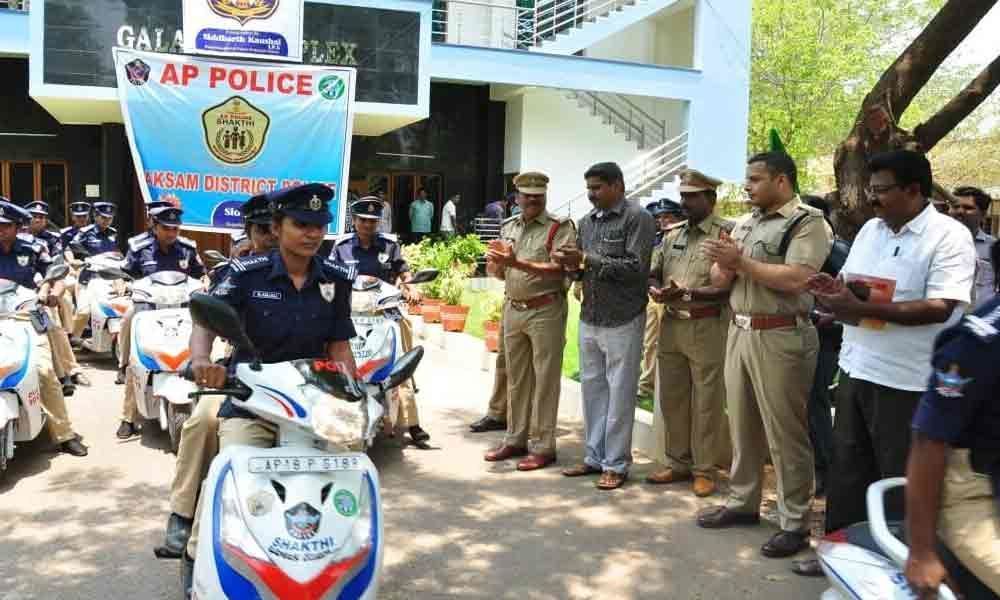 Superintendent of Police Siddharth Kaushal inaugurated the new scooters dedicatedly allocated for the Shakti teams in the district on Friday.

Siddharth said that the partnership of women in the policing was equally important with the men partnership and they are going to encourage the Shakti teams in the coming days by increasing their activity.