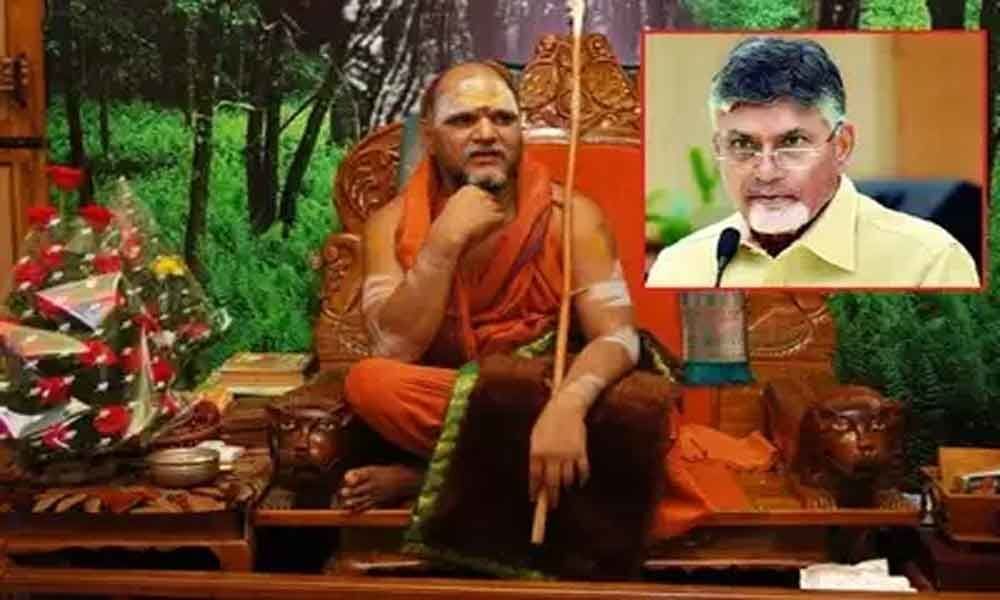 Swami Swaroopanandendra said he is going on Chaturmasya Deeksha for two months and 20 days. He said for the well being of the world, the Deeksha is being conducted on behalf of Sarada Peetham for 18 years.

On the occasion, Sarada Peetham's chief has made sensation comments on earlier Chandrababu Naidu's government.

Swaroopanandendra has criticized that the previous TDP government has wasted public funds in the name of Jala Harathi, Pushkaralu, and other schemes and demanded an explanation to the people on this.

Swami also said on behalf of Visakha Sri Sarada Peetham, he will meet Chief Minister YS Jagan Mohan Reddy and request him to investigate over the misuse of public funds.

Earlier on many occasions, Swami Swaroopanandendra Saraswati has criticized Chandrababu Naidu's ruling. He alleged that the government is ignoring the temples, priests, and even it has not done well regarding TTD issues. He has also expressed anger over the demolition of temples in Vijayawada.