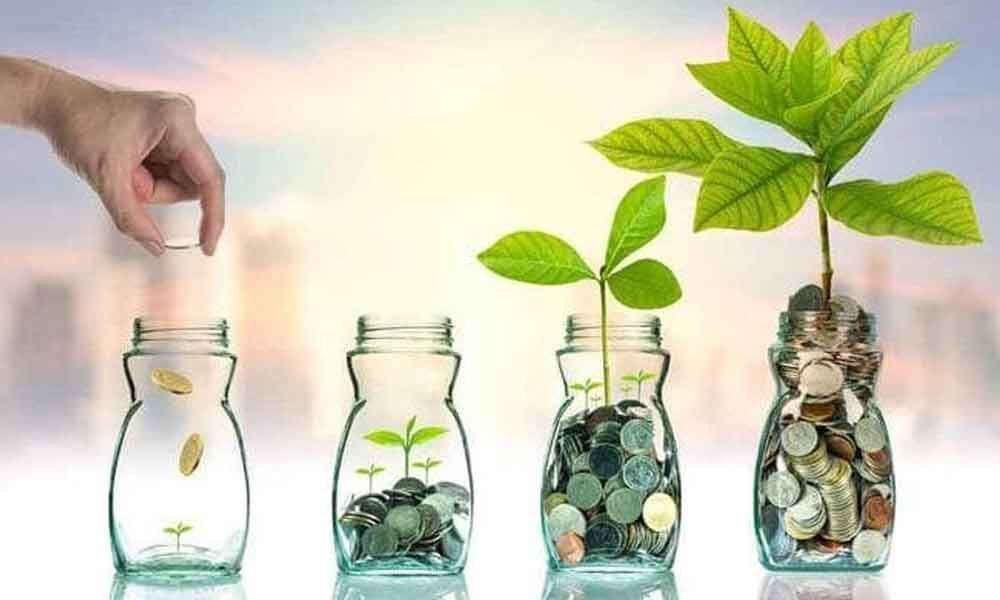 Politics and economics are inseparable. This norm obviously applies to democracies though economics also plays a key role in dictatorial regimes as well as kingdoms.

Politics and economics are inseparable. This norm obviously applies to democracies though economics also plays a key role in dictatorial regimes as well as kingdoms.

No political party can survive and win elections if it doesn't spare a thought about the economy of the area it seeks to govern. Any ruling political party will lose elections miserably if it messes up with economy.

People seek decent living environment, peaceful life and peace of mind to work. This tendency is more pronounced in democracies. People will revolt against the rulers if there is any threat to their basic life cycle.

The Narendra Modi government took a bold decision when it scrapped Article 370 of our Constitution, which bestowed special privileges on Jammu & Kashmir.

It also annulled Article 35A that offered special privileges to Jammu & Kashmir residents. Kashmir is a complex issue that has been haunting India for the past seven decades.

It is a foregone conclusion that Pakistan, a country that has been carved out of India on religious lines at the time of Independence, is stoking rebellion in Kashmir. Its objective is clear.

The Islamic country currently owns a part of Kashmir that we call Pakistan Occupied Kashmir (POK), but Pakistan calls it Azad Kashmir. It also wants to own the part that India owns now.

History reveals that Maharaja Hari Singh, the ruler of Jammu & Kashmir, wanted his princely state to remain a separate country when British granted Independence to India.

In those days, Jammu & Kashmir meant our J&K, POK and Gilgit-Balistan, also under Pakistan control now. Pakistan tried to occupy J&K immediately after Independence in 1947, forcing Hari Singh to merge his kingdom with India.

In the Indo-Pakistani War that ensued, India took control over two-thirds of J&K while one-third went into the hands of Pakistan. However, the Indian side of J&K remained outside the country's mainstream till date thanks to Articles 370 and 35A.

These are also the reason why J&K remained underdeveloped even though country made a remarkable progress in many areas. As consequence, J&K, considered as a heaven on the Earth, has become a breeding ground for Pakistan's anti-India activities and proxy war.

Through his historic decision, Prime Minister Narendra Modi has corrected this anomaly and brought J&K in India's mainstream.

But the key question here is whether this move will benefit India economically and boost the country's economy.

India needs peace and stability across its territories if it wants to achieve higher GDP growth which holds key to the country becoming a $5 trillion economy by 2025 or a $10 trillion one five years later. Peace and stability remain a utopian dream for India if Jammu & Kashmir burns perpetually.

But celebrating the abolition of Kashmir-specific Articles is premature. The most challenging part of Kashmir's assimilation into India is ahead.

The Modi government should relentlessly work towards infusing confidence among Kashmiri youth that India is the best place for them, and the country will provide great future for them.

No other country can do that. Not even Pakistan, the Kashmiris should be told. That's partly true as Pakistan is now in doldrums financially and it's unlikely that it will recover in future unless it stops focusing on India and stoking Kashmir issue.

However, there is a downside too, which may adversely impact the Indian economy. If the latest moves by the Modi government backfire and give birth to another long cycle of violence in the Kashmir valley, the repercussions will be felt across the country.

It is to be seen whether the Modi government will succeed in controlling violence in the scenic valley and transforming it into an attractive investment destination.

However, it is encouraging to see major Indian corporates already announcing their wiliness to invest in J&K if peace returns to the valley.

The other takeaway from Kashmir developments is that PM Modi has sent a strong message that he will not hesitate to take bold decisions – political or economic – in his second term.

More structural economic reforms, war on black money and corruption may be on the Centre's agenda. That will invariably please global investor community, and markets back home.

The central government should also initiate strong steps including a decent stimulus package to infuse 'animal spirits' into our slowing economy. That's imperative given the likely slowdown in many global economies.

There is a bigger political picture as well. Through his bold moves, PM Modi has even challenged the US and its maverick President Donald Trump.

During his interaction with Pakistan Prime Minister Imran Khan in the US on July 22, Trump said that he told PM Modi that he would love to be mediator on Kashmir issue.

Within 15 days of that development which showed the central government in poor light as India always claimed that Kashmir was a bilateral issue, Modi went for the kill and abolished Articles 370 and 35A. With this single stroke, Mod made Kashmir an internal issue of India.

Is it a conscious move to take on the US, the world's superpower, in unipolar world? Furthermore, Home Minister and Modi loyalist Amit Shah who executed the 'Kashmir plan' successfully made another announcement that India would not hesitate to take POK back.

That's another bold strategy to put Pakistan on backfoot. Is India on its way to become a stronger nation, economically and politically? You never know.