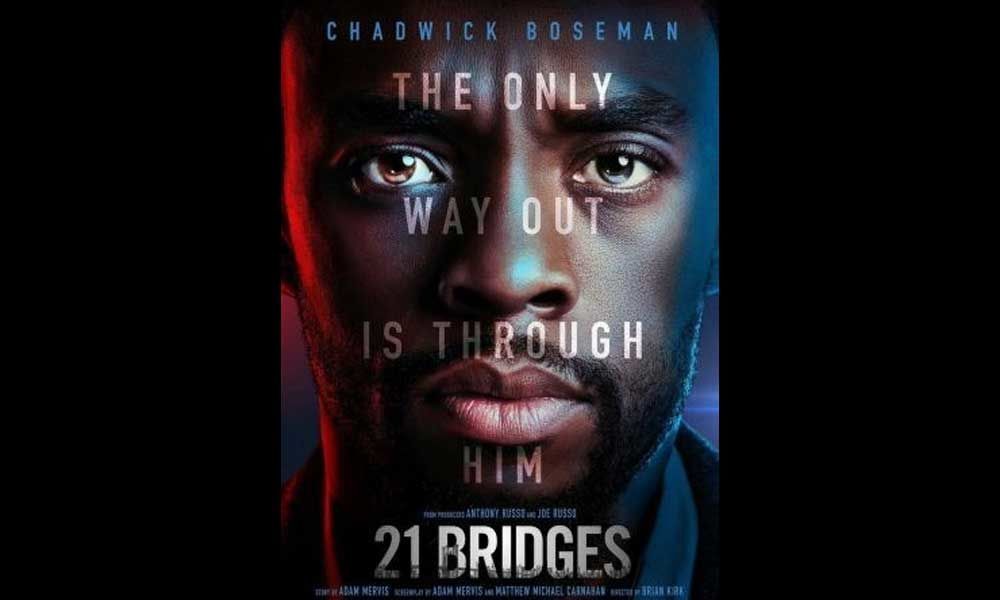 The first official trailer for 21 Bridges, starring dapper Chadwick Boseman is out and this one is intense and thrilling.

The first official trailer for 21 Bridges, starring dapper Chadwick Boseman is out and this one is intense and thrilling.

STX Entertainment has finally debuted the first official trailer for an intense NYC action thriller titled 21 Bridges, formerly known as 17 Bridges. The title is a reference to the decision in the movie, during a citywide manhunt, to shut down and block off all 21 bridges that access Manhattan (and all the tunnels and trains and everything).

Chadwick Boseman stars as a disgraced detective who gets a shot at redemption, jumping into the massive manhunt for a cop killer which leads him to discover a massive conspiracy that links his fellow cops to a criminal empire.

Directed by Brian Kirk (Luther, Game of Thrones) and written by Adam Mervis (The Philly Kid). The 21 Bridges is scheduled to be released in the United States on July 12, 2019 by STX Entertainment.

Boseman's credits include his breakout role as T'Challa in Black Panther and Avengers: Infinity War, as well as biopics 42, Marshall, Get on Up, and the drama Draft Day.