Jagan should keep promises against all odds 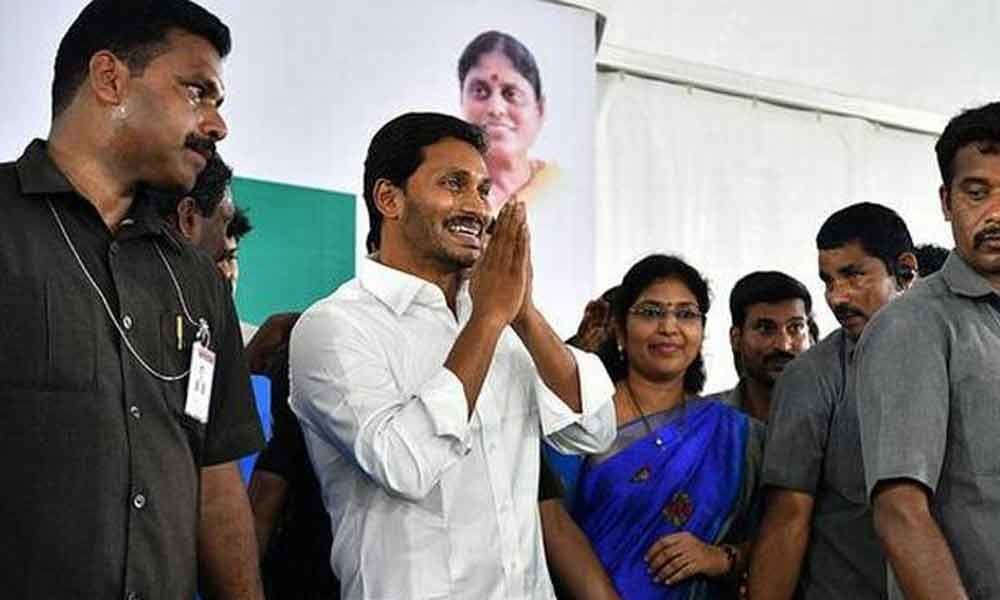 Pragmatism is a philosophical tradition that began in the United States around 1870. Its origins are often attributed to the philosophers Charles Sanders Peirce, William James, and John Dewey.

Peirce later described it in his pragmatic maxim: "Consider the practical effects of the objects of your conception.

Then, your conception of those effects is the whole of your conception of the object." The Chief Minister-designate of Andhra Pradesh, Y S Jaganmohan Reddy, appears to consider words and thought as tools and instruments for prediction, problem solving and action while rejecting the idea that the function of thought is to describe, represent, or mirror reality.

Pragmatists contend that most philosophical topics — such as the nature of knowledge, language, concepts, meaning, belief, and science — are all best viewed in terms of their practical uses and successes.

Earlier, when he refused to promise to provide Kapus a quota in reservations as "it was impractical", he appeared to be pragmatic despite knowing the political ill will it could generate for him.

There are other instances like loan waivers to farmers too to highlight his pragmatism. Thereby if he sounds honest, it is only welcome that he does so.

During his visit to Delhi after getting elected as the YSRCP Legislature Party leader, this trait in him was on display in full force when he said the Centre is no more dependent on any party, let alone his own, and hence, seeking benefits for the State as promised in the AP Reorganisation Act, 2014, would be a hard bargain.

If he were to say anything other than this would have sounded dishonest. Such a sincere attitude would lead to trust which is fast becoming a rare commodity in our life and politics.

So, what should be Jaganmohan Reddy's priorities now that he has realised his dream of presiding over the destiny of five crore Telugus of Andhra Pradesh? People would welcome it at any given point of time.

The Chief Minister-designate should first focus on the governance aspects. As the State is facing a severe financial crunch and as there is nothing else he could do than pleading with the Centre for assistance, he has to first declare a white paper.

Be frugal in governance and enforce discipline among the staff. Let there be no wastage of money on unnecessary and avoidable programmes and events.

The philosophy of pragmatism "emphasizes the practical application of ideas by acting on them to actually test them in human experiences".

Pragmatism focuses on a "changing universe rather than an unchanging one" as the idealists, realists and Thomists had claimed. Pragmatism coupled with honesty pays.

Even in politics! One need not be afraid to speak the truth or whatever is understood of it. Jaganmohan Reddy vowed to implement his party manifesto and thereof, the 'Navaratnas' he has promised. This certainly needs a relook.

By all means he should keep his promises. But he should be able to make people understand the situation on hand, and if he has to delay implementation of certain or any of the promises, he should say so at the outset, instead of keeping people under a false impression. That makes a huge difference to the people.