Trump, Kim one year on: A beautiful letter stalled diplomacy 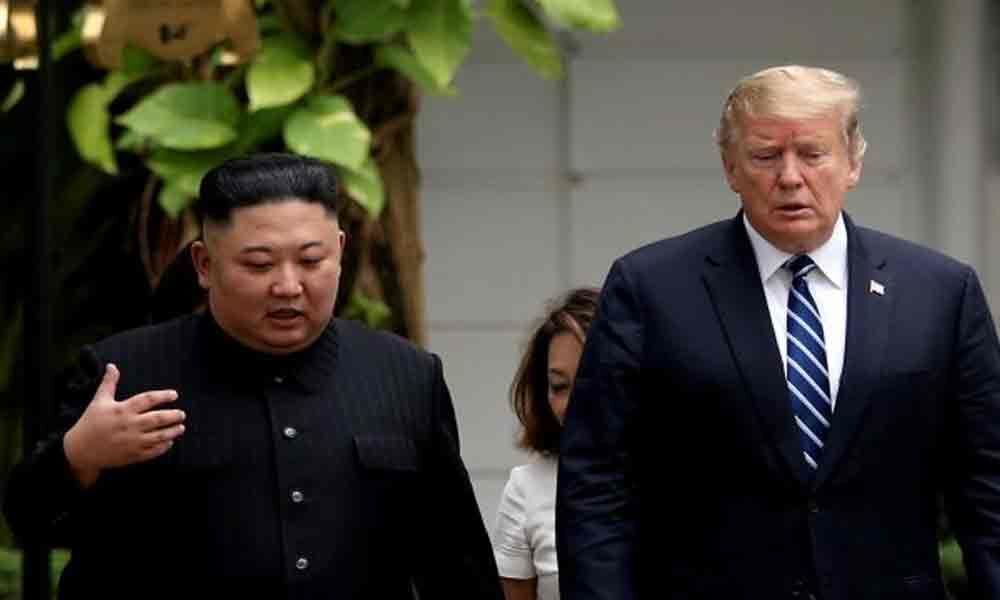 A year after President Donald Trump and North Korea's Kim Jong Un met for the first time, they appear committed to a personal bond upon which hopes...

A year after President Donald Trump and North Korea's Kim Jong Un met for the first time, they appear committed to a personal bond upon which hopes for peace seem to rest despite a stalemate in efforts to get Kim to abandon his nuclear weapons.

Trump and Kim agreed at the first US-North Korea summit in Singapore to work towards the complete denuclearisation of the Korean peninsula, easing fears of war between their countries.But there has been little progress since then and tension has again been rising with North Korea resuming some limited testing of weapons and warning of "truly undesired consequences" if the United States was not more flexible.

But Trump said on Tuesday he had received a "beautiful letter" from Kim. "I can't show you the letter obviously, but it was a very personal, very warm, very nice letter," Trump told reporters outside the White House.

Trump, who has tried to convert what he feels is a warm personal relationship with Kim into a diplomatic breakthrough, gave no details, but repeated that he believed North Korea had "tremendous potential". "I think that something will happen that's going to be very positive," he said. North Korea's state media has not mentioned any letter.

The optimism that the two leaders generated in Singapore all but evaporated in February when a second summit, in Vietnam, dramatically fell apart without even a recommitment to the general goals outlined in a statement signed in Singapore.

Since then, North Korea has complained of U.S. sanctions and Kim said he would wait until the end of the year before deciding on whether to take a "new path".Both sides have said they are open to talks but that the other side needs to change their policy.

In the weeks ahead of Wednesday's anniversary of the Singapore summit, North Korean state media has repeatedly warned that the statement signed there was in danger of being rendered meaningless if the United States did not drop demands for North Korea to unilaterally dismantle its nuclear arsenal.