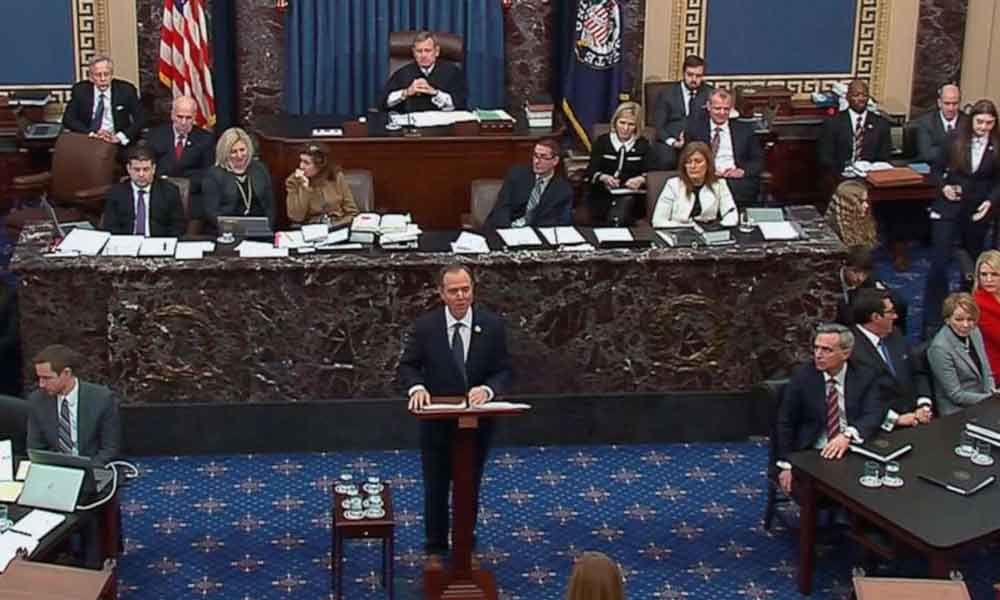 House impeachment managers on Friday night concluded their argument before the Senate to remove US President Donald Trump from office, saying he...

Washington : House impeachment managers on Friday night concluded their argument before the Senate to remove US President Donald Trump from office, saying he misused his position and indulged in obstruction to the Congress. The house managers closed their marathon 24-hour argument spread over three days with an impassioned plea that the trial be fair.

The ruling Republican Party enjoys 53-47 majority in the 100-member Senate. Democrats, who have majority in the House, have alleged that the Republican leadership in the Senate will be partisan during the trial. "I implore you -- give America a fair trial.

She's worth it," said Chairman of the House Permanent Select Committee on Intelligence Adam Schiff. Trump is only the third president in American history to have been formally impeached by Congress.

From Saturday, Trump's attorneys would begin presenting their defense. Like the House managers they too have 24 hours over the next three days for their argument in support of the president.

Trump has asked the Senate to dismiss both the charges against him. He argues that he has done no wrong.

How Coronavirus Affects Pregnant Women: Are Would Be Mothers At...