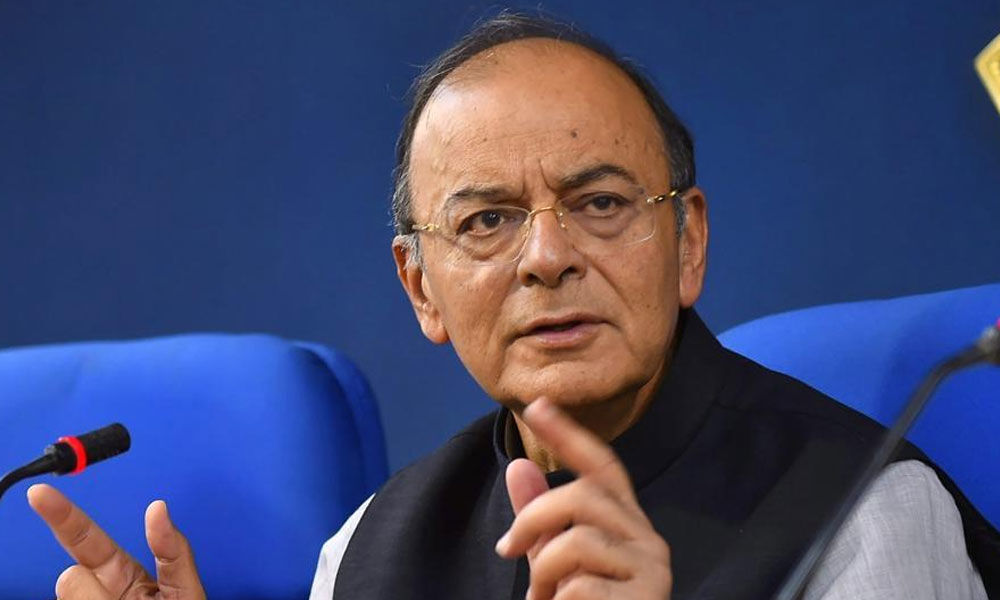 New Delhi: The Congress on Sunday hit back at Union Minister Arun Jaitley over his 'dynastic character' attack and said Prime Minister Narendra Modi an...

New Delhi: The Congress on Sunday hit back at Union Minister Arun Jaitley over his "dynastic character" attack and said Prime Minister Narendra Modi and the Bharatiya Janata Party (BJP) cannot use such "non issues" to hide the "real issues".

Congress chief spokesperson Randeep Surjewala, in a statement, accused the BJP of being a "hypocrite". He alleged that the "dynasty diversion" by Modi and Jaitley is aimed at drawing away the public's attention from issues of "job crisis, rural distress and failed economy".

Dubbing Jaitley as a "blog minister", the Congress spokesperson said his "incessant rants" are being used by the Modi government to hide their failures -- unemployment, rural distress, mismanagement of economy and persecution of the weaker sections. "PM Modi and Shri Arun Jaitley cannot hide behind daily blogs on non-issues in order to hide the real-issues," Surjewala said.

"The latest outburst of Shri Arun Jaitley against the Congress party is an orchestrated PR gimmick and a cheap cover-up exercise for the colossal failures of the past five years," he said. Jaitley, earlier on Sunday, took a swipe at the Congress leadership in a blog post titled "Is the Congress Party Now Paying the Cost for its Dynastic Character?".

"Dynastic parties" succeed on the strength of some generations of the dynasty, but sink with the others, the Union Minister said in his post, which came weeks before the seven-phase Lok Sabha elections beginning April 11. "The Congress party has been out of power for five years. Its leaders and workers are accustomed to existing with the frills of office. They are staring at another defeat, and the seeming reason for this is the dynastic character of Congress party," Jaitley said in a tweet.

Surjewala said the Congress, with its 133-year-old rich history, does not require any certificates of approval from the likes of PM Modi and Jaitley on its contribution to nation-building. "... those who destroyed 4.7 crore jobs in last five years are preaching, instead of introspecting," he said. Showing "a small mirror of truth" to the BJP, Surjewala cited examples of "dynasts" within the BJP.

He named a number of such leaders whose fathers or elders held key positions in the BJP. "Family background is not the guarantee for political success. It is the people who have the power to accept and reject in the political arena," the Congress spokesperson said.

"It is the people of India who have elected the Congress party time and again and shall vote the Congress party again to power in 2019 Lok Sabha elections," Surjewala said. "Five state elections which the BJP lost were just a trailer, people of India shall show them the film on 23rd May 2019," he added. Surjewala said India does not need a lecture "from forces who sided with the British against the Indian people in the struggle for freedom during the national movement".

India does not need a lecture from people whose "ideological forefathers" were responsible for assassinating Mahatma Gandhi, he said. The Congress party is proud to have been elected by the people of India to reshape the nation's destiny for over five decades, he said.