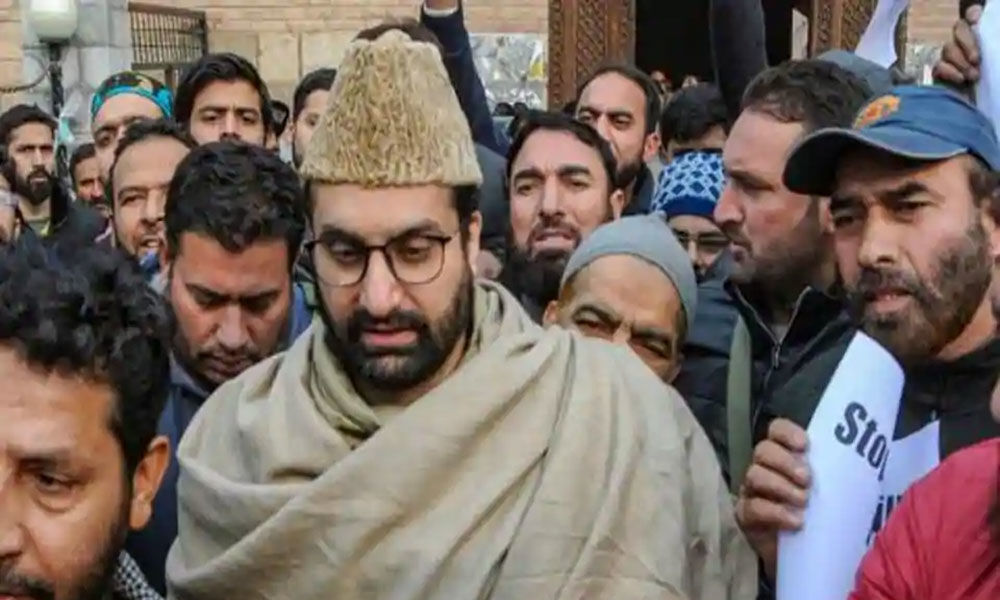 Hurriyat Conference chairman Mirwaiz Umer Farooq, who was summoned by the NIA to appear before it on Monday

Srinagar: Hurriyat Conference chairman Mirwaiz Umer Farooq, who was summoned by the NIA to appear before it on Monday, has decided not to and submit a written statement instead.

"The Hurriyat Conference has decided that the Mirwaiz will not appear in person at New Delhi before the NIA. Instead, a written statement would be submitted to the agency," a spokesman said.

The National Investigation Agency had summoned Umer Farooq to appear before it at their New Delhi office at 10.30 a.m. on Monday in connection with the 2017 terror funding case.