Plea opposes use of horses for anti-venoms, toxins 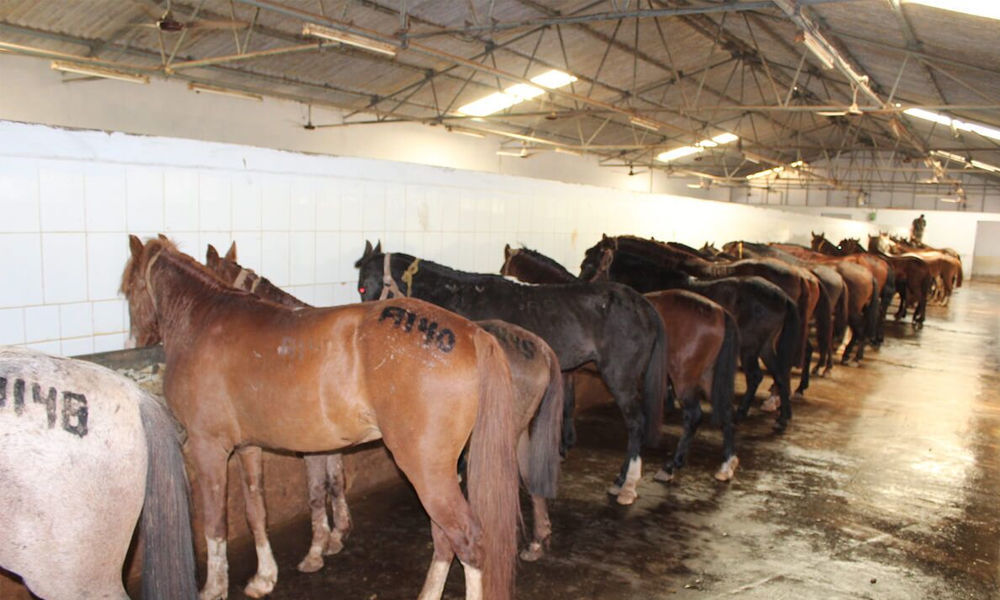 New Delhi: The Centre and various pharma firms were asked by the Delhi High Court on Tuesday to respond to a PETA plea opposing the age-old practice of using horses and mules for producing anti-toxins and anti-venoms.

A bench of Chief Justice Rajendra Menon and Justice A J Bhambhani noted that all the respondents were served the notice earlier but their pleadings have not been completed. The court was informed that the parties need more time to file responses after which it listed the matter for further hearing on August 14.

It had issued notices to several central ministries, the Animal Welfare Board of India (AWBI), Committee for Purpose of Control and Supervision of Experiments on Animals (CPCSEA), Central Drugs Standard Control Organisation (CDSCO) and various Indian pharma firms, which according to PETA use equines (horses) to produce anti-toxins and anti-venoms.

People for the Ethical Treatment of Animals (PETA) has sought directions to the Centre to exclude animal-based production techniques wherever an alternate mechanism is available.

It has urged the government to "encourage development of non-animal based production techniques" for manufacturing anti-toxins, anti-venoms and other antibodies, so that use of animals, especially equines, can be phased out.

The prevalent practice, developed in the late 19th and early 20th century, of producing anti-toxins or anti-venoms involves injecting equines with a limited amount of the poison and thereafter, bleeding them to harvest the sera produced.

The NGO has claimed that the practice leaves the equine in poor health, violates mandatory legal requirements and "impinges upon the basic right to life of animals".

It has said "majority of the animals in these establishments (pharma firms) were inter alia found to suffer from poor physical and mental health".

The plea has claimed that according to a CPCSEA report of 2017, none of the inspected pharma firms -- involved in use of equines to make the antibodies -- had trained veterinarians for taking care of the animals and they also used wrong bore sized needles for bleeding them and there was no set limit on the amount of blood that can be removed.

The NGO has sought directions to the pharma firms to "ensure proper rehabilitation and care of the equines who are diseased, aged, unhealthy and physically unfit".

It has also urged the court to direct the Centre, AWBI and CDCSO to take immediate steps for cancellation of licences of all the establishments which are found to be in violation of the protocols laid down by CPCSEA for care and management of equines used in the production of the antibodies.