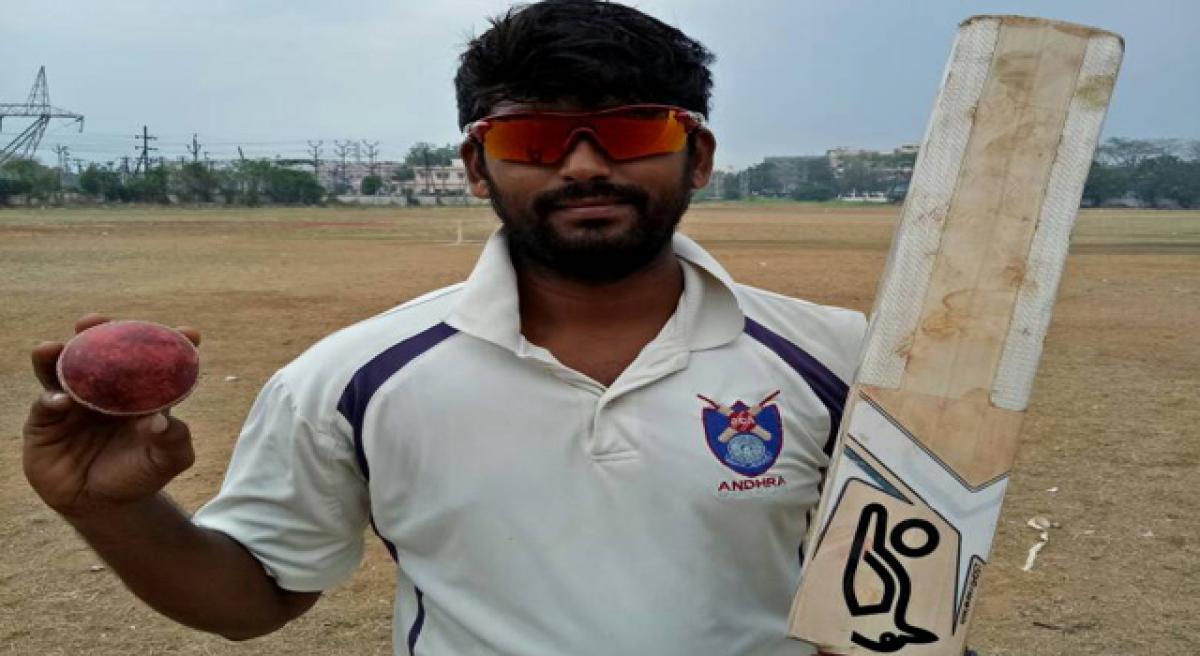 With Suresh scoring a century, the Dark Knights won the match by 207 runs against RK Royal in Krishna District Cricket Association (KDCA) B Division League for Devinine Venkata Ramana and Praneetha Trophy at Siddhartha Medical College (SMC) in the city on Sunday.

Later, RK Royal team collapsed for 50 runs in 15.5 overs. Century man Suresh too four important wickets for nine runs and Pappu took three wickets for 12. In another match Royal Challenges (Bandar) won the match by 76 runs against SBI at Andhra Cricket Association (ACA) grounds in Mulapadu of Ibrahimpatnam mandal near the city.

Royal Challenges won the toss and chose to bat first. Royal’s batsman Sai Krishna 64 runs and Ranga 27 runs helped to team register a big score. Later, it was an all out for SBI with 113 runs in 19.5 overs leading them to a loss.