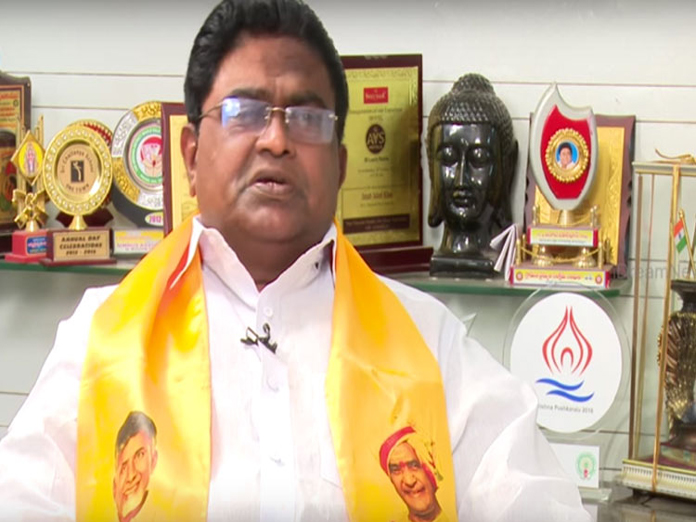 Vijayawada: West MLA Jaleel Khan involved in another controversy for attacking a videographer of a TV channel in front of Commissioner of Police office on Thursday. The incident occurred when Jaleel Khan went to Police Commissioner’s office to discuss a family dispute.

One of the family members of his brother lodged a complaint with the Commissioner of Police about the ill treatment and internal disputes. Commissioner Dwaraka Tirumala Rao asked the two parties to come to his office to discuss over the matter.

When Jaleel Khan was at the office, a videographer of vernacular channel recorded the incident. Enraged over it, Jaleel Khan abused the videographer and grabbed the camera. With the help of a police officer, he allegedly deleted the footage of recording. Following the incident, Journalist Unions lodged a complaint with SR Pet police station and asked the police to book a case against Jaleel Khan.

The Journalist Unions condemned the assault on videographer and sought action the MLA. This is not the first time that Jaleel Khan abused and insulted a journalist.

Two years ago, the MLA abused another journalist in Tarapet near his residence. Jaleel Khan was already facing criticism from TDP leaders in the city for claiming that Chief Minister N Chandrababu Naidu had allocated the West Assembly constituency seat to his daughter Shabana Khatoon.