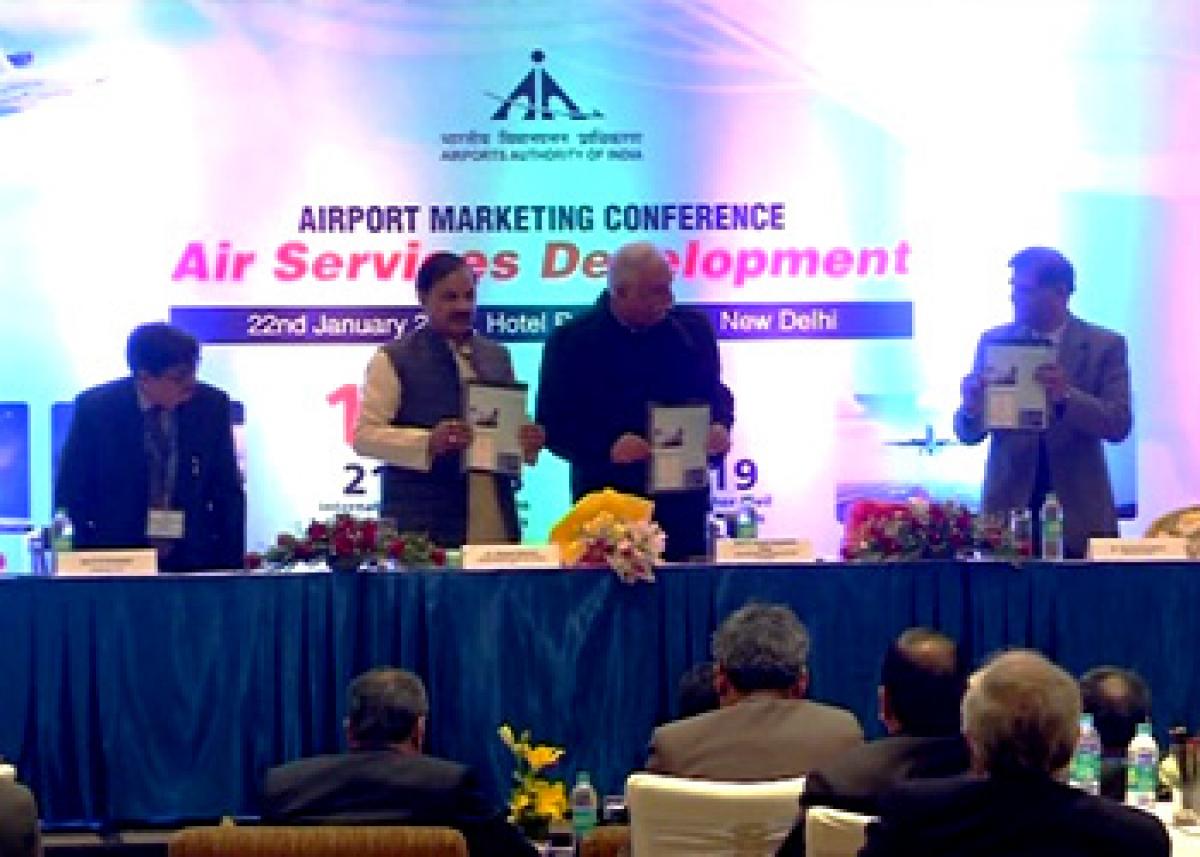 The Airports Authority of India (AAI) will enhance its marketing strategy to make airports more operationally and commercially viable.

At the Airport Marketing Conference held recently in Gurgoan, officials and experts chalked out a strategy to make commercial use of airport infrastructure in the country.

"We have already begun our engagements and we believe that with the introduction of new civil aviation policy in the next 2-3 months, the regional connectivity will improve. It will help to increase the viability of many unviable airports in the country," said Srivastava.

Formed in April 1995, the Airports Authority of India manages 125 destinations, including 77 domestic and 21 international airports in the country.

The AAI is also looking at focusing on the cargo segment to boost its revenues.

It has been undertaking international cargo handling operations at international airports, including Chennai, Kolkata, Lucknow, Coimbatore, Amritsar and Guwahati.

Similarly, the authority has identified 24 domestic airports across five regions, including three civil enclaves to develop such integrated facilities. They include Port Blair, Coimbatore, Jaipur, Raipur, Ahmedabad among others.

"If you have a modern airport, it would become a cargo hub. India is a big country and we have varied climate zones and our Prime Minister has come out with Make in India. So we need to harness those agro climatic zones. We need to harness our marketing skills, our production and farmers' skills. Grow produce and market them within the country and foreign," Gajapathi Raju said.

The Airports Authority of India, which has developed infrastructure at many of its airports, is looking forward to make its commercial use.

Anuj Aggarwal, Member HR and Commercial, Airports Authority of India, said, "In the past few years, we have developed infrastructure at many airports. We have constructed new airport buildings at several places. We are trying to make these buildings and other facilities at the city side to be operationally and commercially viable. There are many underutilized airports where the flights are less; we are also planning to market them."

With better marketing strategy and commitment, the air services in India will contribute towards economic development and better regional connectivity.