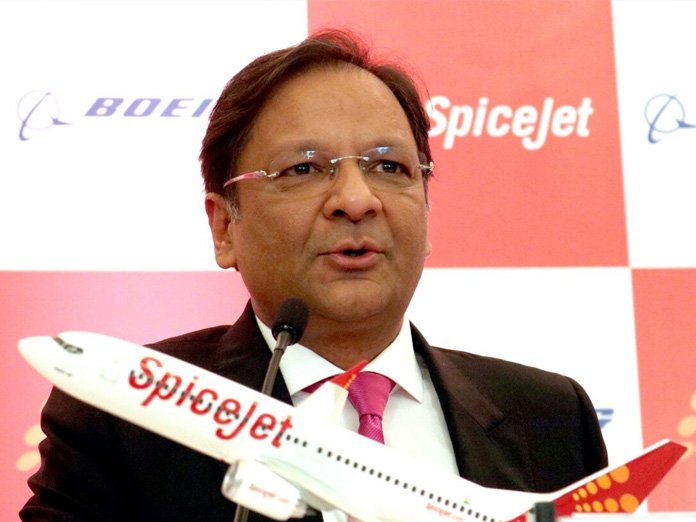 Amid global economic woes and trade tensions, India is one of the few bright stars and is best positioned to become a counterbalance to China, industry leader and airline major SpiceJets CEO Ajay Singh said on Monday

​Davos: Amid global economic woes and trade tensions, India is one of the "few bright stars" and is best positioned to become a counter-balance to China, industry leader and airline major SpiceJet's CEO Ajay Singh said on Monday.

Singh, who is in Davos to participate in the World Economic Forum (WEF) annual meeting being attended by the who's who from more than 100 countries, also asserted that India has a unique advantage of having a consensus on economic policies and would continue on its strong growth path irrespective of which government is in power.

He, however, hoped that the Narendra Modi government would return to power after national elections due in the next few months, saying the work done by it has been phenomenal and unparalleled.

Singh, who is credited with coining the hugely-popular 2014 election slogan of 'Abki Baar Modi Sarkar' (This is the time for Modi government), told PTI in an interview that his message to the global leaders at WEF would be clear -- India will continue to grow and deliver on reforms.

With the trade tensions between various economic superpowers including the US and China hogging the limelight at discussions among the WEF participants, Singh said, "India is one of the few bright stars that are there today.Many people want to see India become a counter-weight to China in future so that we do not become a world so dominated by China as an economic power. All these are good signs for India, and it is for us to take advantage of the prevailing global situation," he said.

Calling India "a land of opportunity", Singh said the amount of work done by the Modi government in the last 4-5 years is truly phenomenal, including on GST, ease of doing business, bringing unbanked people under the banking net, doubling of taxpayers' base, cleanliness and road networks.

He said India has remained the world's fastest-growing major economy and there are several positive signals, including in terms of the government's target to get into top-50 countries in terms of ease of doing business.