Okinawa 'no' vote won't delay US base move: Japan PM 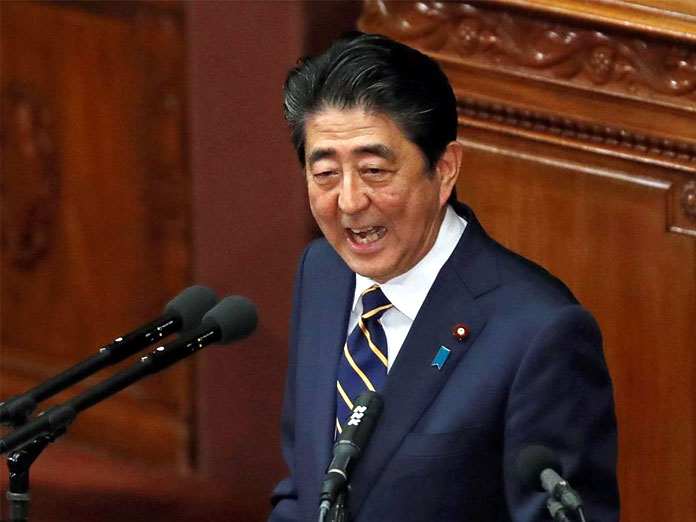 Tokyo: Japan's Prime Minister Shinzo Abe said Monday that the controversial relocation of a US military base in Okinawa will not be delayed despite a referendum that saw voters reject the move.

"It has been 20 years since Japan and the US agreed" to relocate the Futenma base, Abe said. "We cannot delay this any further." His comments came after voters in Okinawa rejected the relocation plan in a non-binding referendum over the weekend. Some 72 percent voted against the move, with 19 percent in favour in a vote that drew 52 percent of eligible voters, officials said.

Abe said he accepted the outcome "sincerely" and would seek "understanding" from Okinawa residents on his decision to move forward with the relocation. "We have spent many years holding dialogue with people in the prefecture. We will continue our dialogue so that we can gain their understanding," Abe said. "Reducing the burden of Okinawa is a major responsibility for the central government... we will continue our utmost efforts towards a reduction of the burden related to hosting bases." Okinawa accounts for less than one percent of Japan's total land area, but it reluctantly hosts more than half of the approximately 47,000 American military personnel.

The heavy US military presence has frustrated local residents with problems ranging from noise and military accidents to crime involving base residents. To ease tensions, the United States and Japan agreed in 1996 to move Futenma from its current heavily populated location to a remote coastal site being built partly through land reclamation.

Opponents of the move want to see the base relocated outside of Okinawa, arguing responsibility for hosting US troops should be more evenly spread across Japan. Okinawa residents have elected governors opposed to the move, including incumbent Denny Tamaki, who came into office last year. But Abe's government has shown no sign of willingness to reconsider.