Will contest Lok Sabha polls if kept away from Maharashtra Congress-NCP front: SP 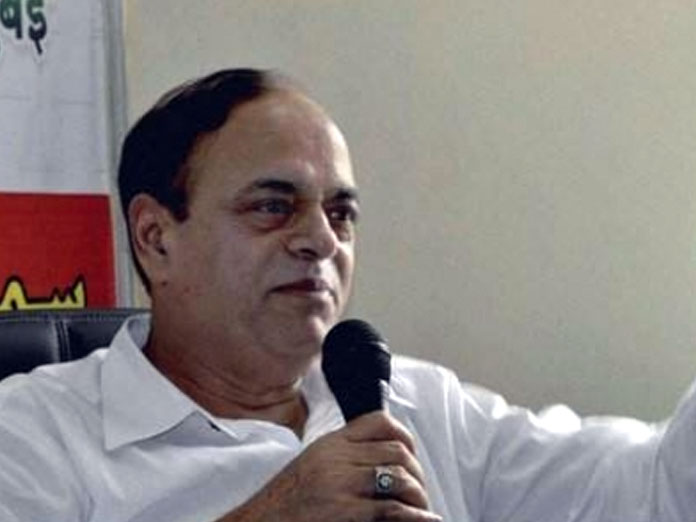 MUMBAI: The Samajwadi Party in Maharashtra Tuesday threatened to field its candidates for Lok Sabha polls if the party is not inducted into the proposed Congress-NCP alliance.

Maharashtra SP unit president Abu Asim Azmi also demanded that its arch-rival Maharashtra Navnirman Sena (MNS) be kept away from the alliance, whose contours are being finalised.

The Congress is not in favour of taking MNS on board for the party's stand against north Indians, whereas a senior Nationalist Congress Party (NCP) leader has said the Raj Thackeray-led party can be accommodated, as it can garner votes.

"I want to warn the Congress-NCP grand alliance that if they induct MNS into the fold, my party would launch a massive campaign to sensitise voters about how MNS goons targetted north Indian migrants working in Mumbai and terrorised them," Azmi said in a press conference.

He said SP workers would tell voters in Uttar Pradesh about ill-treatment being meted out to north Indian migrants by MNS in Mumbai.

"We don't want division of secular votes and therefore want an alliance with the Congress-NCP combine. We want only one out of total 48 seats in Maharashtra (to contest)," he said.

Azmi said if the SP was not taken on board, the party would field its candidates after getting approval from Lucknow.

Responding to a query on Pulwama attack in which 40 jawans of CRPF were killed on February 14, Azmi sought to know how a huge cache of explosives was transported in the SUV driven by the suicide bomber.

The jawans were killed in a blast trigger by the collision between the vehicle and one of the buses of the convoy.

"What does this mean," asked Azmi even as he clarified that he was not going to make any political comment on the terror strike.