Criminal stabbed to death by rival 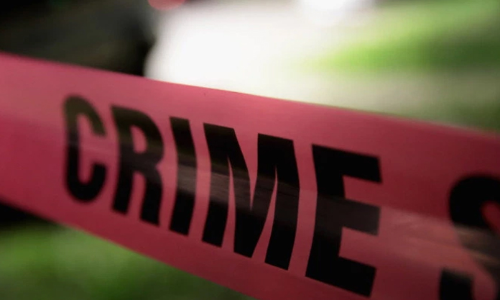 A 37yearold man was stabbed to death following an altercation between him and the accused persons over a dispute in northwest Delhis Ashok Vihar, police said

New Delhi: A 37-year-old man was stabbed to death following an altercation between him and the accused persons over a dispute in northwest Delhi's Ashok Vihar, police said.

The incident took place on the intervening night of Wednesday and Thursday, they said. The deceased identified as Ratan, hails from West Bengal and lived with his wife and two children in Shakarpur. He was involved in several criminal cases and was released from jail in September 2018, police said.

During enquiry, police learnt that the man sustained head injuries and died at the spot following which a case was registered and an investigation was taken up, Vijayanta Arya, Deputy Commissioner of Police (northwest) said.

During interrogation, the accused revealed that there was previous history of altercation between them.

The accused Sanjay was released from jail a week ago in connection with a robbery case related to Ashok Vihar Police Station, the officer said. The accused and the victim, both involved in criminal cases have had such altercations even before.

They belonged to the same group. However, due to internal dispute, they separated some five-six months ago, another police officer said.

On the day of occurrence, when the accused saw Ratan, they ended up in a fight with him after he slapped them. Thereafter, the accused persons stabbed him and also smashed his head with stone, police said.