Religion is losing importance among Americans 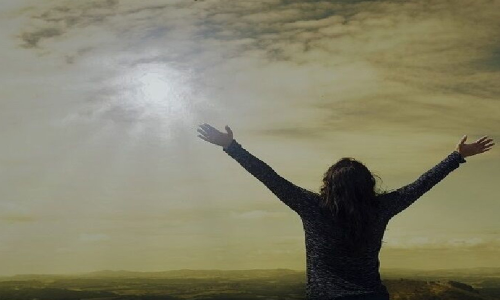 The Pew Research Center undertook two distinct surveys during the end of 2017 to answer the perennial question What gives life its meaning The first survey involved an openended query asking Americans to describe what makes their individual lives satisfying, meaningful, or fulfilling The second survey had a closedended or forcedchoice question set asking them to rate the quantum of fulfillme

The Pew Research Center undertook two distinct surveys during the end of 2017 to answer the perennial question: What gives life its meaning? The first survey involved an open-ended query asking Americans to describe what makes their individual lives satisfying, meaningful, or fulfilling. The second survey had a closed-ended or forced-choice question set asking them to rate the quantum of fulfillment and meaning which they get from each of 15 given sources stated by the Pew Research team.

There was an additional question specifically asking which particular source provides the respondent the most fulfillment and life's meaning. This approach provides the benefit of knowing the comparative importance U.S. citizens place on multiple meaningful sources in their lives.

Both surveys lead to one overwhelming factor: Americans love their family over all else. The family is mentioned most of the time in the first open-ended question, and they said they spend "a great deal" of time with family in the closed-ended questionnaire. Pew Research Center Next after family comes a multitude of sources as evidenced from the answers given to the first open-ended query on the source of satisfaction and meaning. About one-third mention their job or career, and almost 25 percent lays stress on money or finances.

Coming third is religious faith, hobbies, or friendships answered by a fifth of the total respondents. Other answers include good health, education, and a better quality of living. Coming at the bottom was belonging to a particular community or doing good. When it came to the closed-ended question, the family again becomes center stage. Next in line is spending time outdoors and with friends. Listening to music and caring for pets comes third. What stands out, however, is the decline of religion in American life.

It barely gets up from the bottom of the list, hanging out with careers and reading. There are exceptions of course, like among people who find meaning in religious faith, it is the most important and intractable source of meaning. In short, 20 percent of Americans gave the response of religion being vital in their lives. It was found evangelicals tend to find meaning in faith, while atheists find the same in finances and activities. Religious piety along with spirituality hold specific importance among evangelical Protestants.