KL Rahul in India A squad for England Lions Test 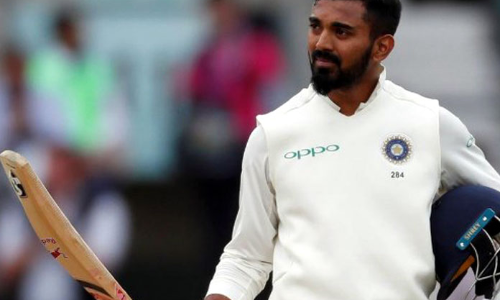 New Delhi: Opener KL Rahul will be part of India A in the first unofficial Test against England which is to be held in Wayanad from 7th to 10th February.

Statistically, Aaron with 25 wickets from seven Ranji Trophy matches hasn't had an exceptional season but as per sources close to the selection committee, once injury-prone Jharkhand speedster will be monitored in order to broaden the fast bowling pool.

That's the reason that two tearaway quicks in veteran Aaron and young Avesh Khan have found berth along with Shardul Thakur, who is joining back from a long lay-off and current A team regular Navdeep Saini.

The team doesn't have too many disclosures as most of the domestic performers have found their place in the team. All-rounder Jalaj Saxena, after another good season, is also part of the A team mix, while Siddhesh Lad has also been rewarded for his consistent show over the past few seasons.
While we're on the subject, legendary Sunil Gavaskar in one of his latest columns had questioned about Lad being repeatedly ignored by the selection committee for various A team assignments.

Openers Priyank Panchal and Abhimanyu Easwaran along with middle-order batsman Ricky Bhui and leg-spinner Mayank Markande have all got the yes.

The team doesn't contain any top performers from either Saurashtra or Vidarbha, as the Ranji Trophy final will only get over on 7th of February.