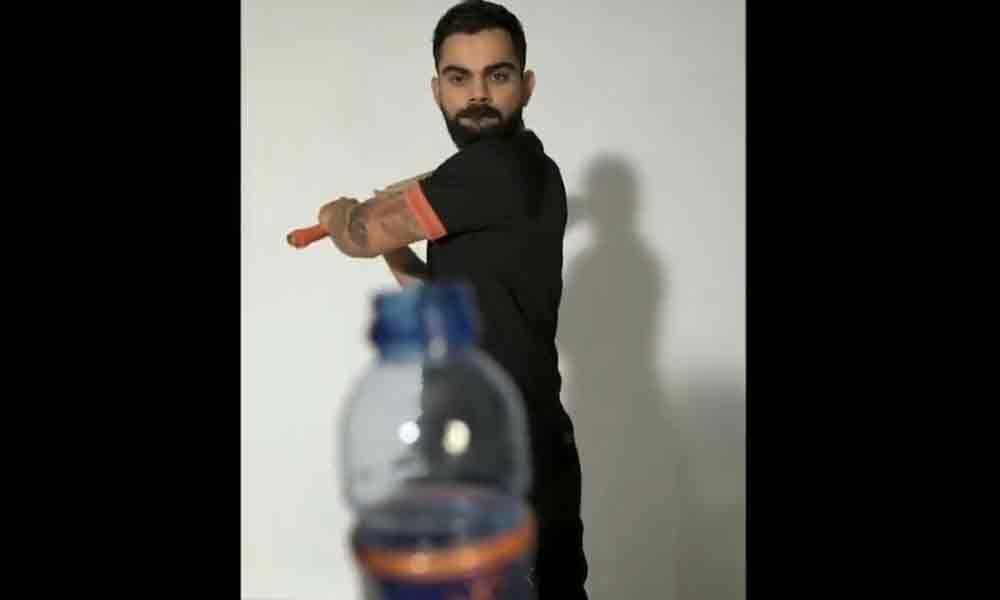 Of late, the Bottle Cap Challenge has been quite a phenomenon on social media. The Challenge apparently originated in June when Taekwondo instructor...

Of late, the Bottle Cap Challenge has been quite a phenomenon on social media. The Challenge apparently originated in June when Taekwondo instructor and a fighter initiated it. However, it soon went viral with numerous celebrities across the globe showcasing their skill in untwisting the cap off a bottle.

Several cricketers too took up the challenge and posted videos on their social media accounts while challenging their fellow mates to do the same. While it was Yuvraj Singh and Shikhar Dhawan who picked up their willows to accomplish the task in unique ways earlier, the latest addition to the list is Indian skipper Virat Kohli.

In a video posted on social media handles on Saturday, Kohli is seen using his bat to uncap a water bottle while a commentary clip of Ravi Shastri plays in the background.

Kohli, who is currently in the Caribbean leading the Indian side, will be seen in action on Sunday when the men in blue take on West Indies in the 2 nd ODI of the ongoing series. After whitewashing the hosts in the three-match T20I series, Kohli and his men will be keen on continuing their momentum in the ODI series too before moving on to the longer format.