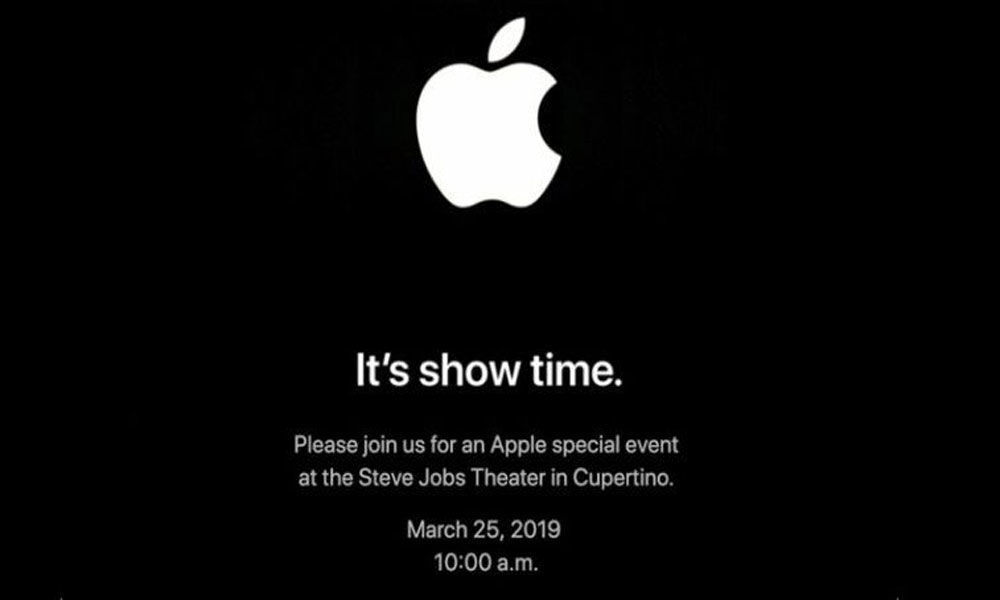 Apple is all set to hold an event this March, whether to launch an iPad, like last year in Chicago or the iPhone SE in Cupertino three years ago.

Apple is all set to hold an event this March, whether to launch an iPad, like last year in Chicago or the iPhone SE in Cupertino three years ago.A

But this year's event looks like being something different. Sure, this month there's likely to be a new iPad, a new iPad mini, the first new iPod for years, the long-awaited Air power charging mat and an updated version of AirPods.

The new AirPods may even appear with superfast wireless charging. But that cornucopia of riches may well be released with less fanfare, perhaps sometime next week.

No, this year, the March event is going to be focused on Apple's Tv News subscription services, it seems.

As predicted, the event is set for Monday, 25 March. It'll start, as all Apple keynotes do, at 10 AM local time.

The Steve Jobs Theatre is the Venue. That's another clue that this is a big event. It's the first time Apple has used its special location for any press event other than an iPhone launch.

What will be announced?

There were rumours flying that the event will be star-studded. Well, after all, if you've bought the services of J.J Abrams and Jennifer Aniston, why wouldn't you show them off? Since Apple has deals with Oprah Winfrey, Steven Spielberg and others, with shows starring Aaron Paul, SteveApple is all set to hold an event in this March, whether to launch an iPad, like last year in Chicago or the

iPhone SE in Cupertino three years ago. Carell and Reese Witherspoon, don't be surprised if some of them make appearances.

The service is likely to be a subscription model, like Netflix or Amazon Prime but details such as price and when the programming will go like have yet to be confirmed.

The TV and movies Apple is paying for will be the big, attention-grabbing announcement, so expect this to go last. Apple knows how to build to a climax.

This is no surprise: Apple bought Texture, a digital magazine subscription service a year ago and the March 25 announcement has been expected pretty much ever since.

No Hard Ware at all?

The products look set to be announced in the days before March 25, though it's possible they will be mentioned, perhaps at the beginning of the event or as a way of saying, what better way to read your magazine, or watch your TV shows, than on a cool new iPad?

All will be revealed, in under two weeks.