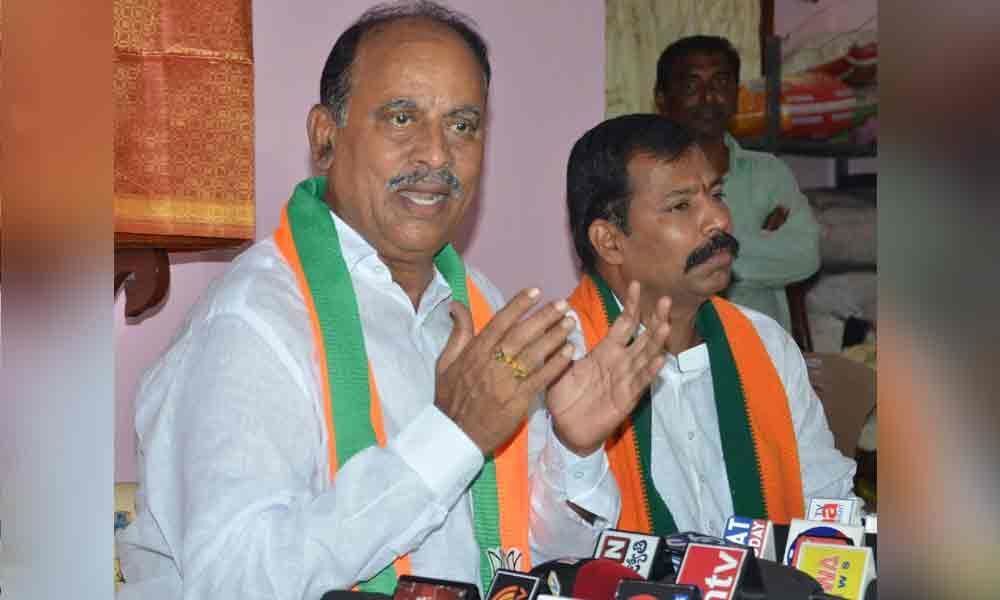 The three-time MLA and former TDP Politburo member Revuri Prakash Reddy who recently joined the Bharatiya Janata Party (BJP) defended his switchover, stating that the changing political scenario in the State had forced him to do so.

Warangal: The three-time MLA and former TDP Politburo member Revuri Prakash Reddy who recently joined the Bharatiya Janata Party (BJP) defended his switchover, stating that the changing political scenario in the State had forced him to do so.

It may be mentioned here that Revuri who had been with the TDP for about four decades, severed his association with the party to join the saffron party in the presence of BJP's working president JP Nadda in Delhi on September 4.

Addressing a press conference here on Saturday, he explained reasons behind joining the BJP. "I have a long-standing relationship with the TDP and its chief N Chandrababu Naidu but to withstand the guiles of the ruling TRS it has become necessary for me to take a call whether to retire from politics or to go with the BJP which under the leadership of Narendra Modi and Amit Shah combo giving a semblance of sanity at the Centre," he said.

'KCR not only successfully projected himself as if he had achieved separate Telangana singlehandedly, but also created an impression that TDP is an Andhra party. On the other hand, the main Opposition party Congress has also lost its way without an able leadership. Against this backdrop, the BJP is the only alternative that can take the might of TRS," Revuri said.

The TRS leaders who honestly participated in the separate statehood movement need to retrospect their position and the 'one man show' of KCR, Revuri said, referring to the intolerance of Health Minister Eatala Rajender and Manakondur MLA Rasamayi Balakishan towards their leadership.

He said that KCR who instigated time and again pointing to Seemandhra leaders and contractors in the undivided Andhra Pradesh needs to answer why he had encouraged them even after the formation of Telangana. "In the name of redesigning of irrigation projects, KCR turned the State bankrupt," he alleged.