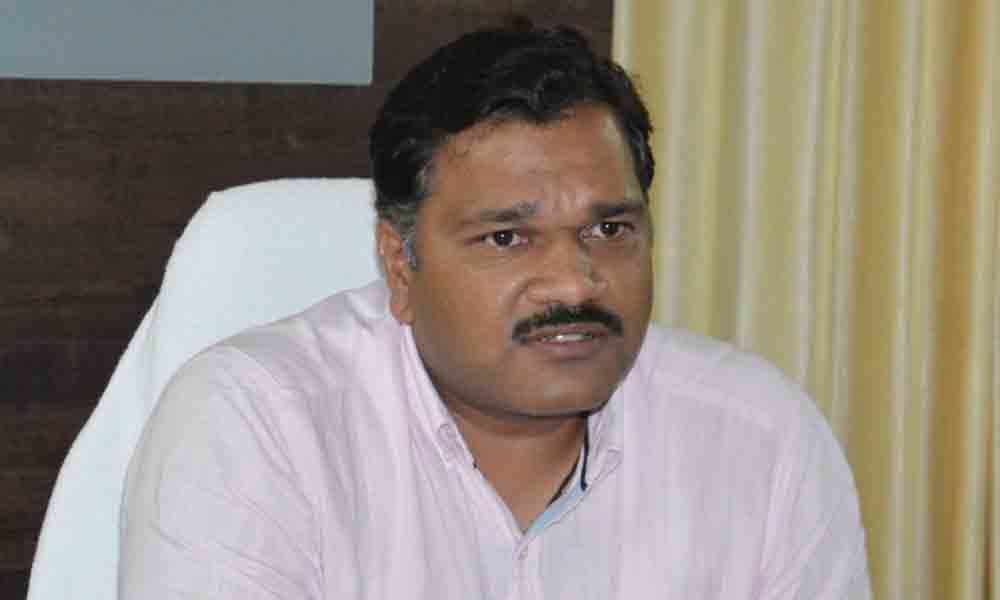 Geotagging should be compulsory for every constructed toilet in villages in the district, said District Collector Rajat Kumar Saini.

Kothagudem: Geotagging should be compulsory for every constructed toilet in villages in the district, said District Collector Rajat Kumar Saini.

On Thursday, he conducted a meeting with the Mandal Parishad Development Officers (MPDOs) at the meeting hall in Kothagudem.

Speaking on the occasion, he directed the MPDOs to speed up the construction works of toilets in villages and reach the targets in stipulated time.

The Collector expressed his unhappiness over works going on at tardy pace in some mandals and sought to know the reasons for the delay.

He also reviewed mandal-wise progress of the works.

Later, Rajat Kumar Saini reviewed the Haritha Haram programme and directed the MPDOs to play a key role in making the programme a huge success.

Stating that over one crore saplings to be planted in the district this Haritha Haram, he directed the officials to reach their targets. He said every MPDO should visit the nurseries and examine the plants grown there.