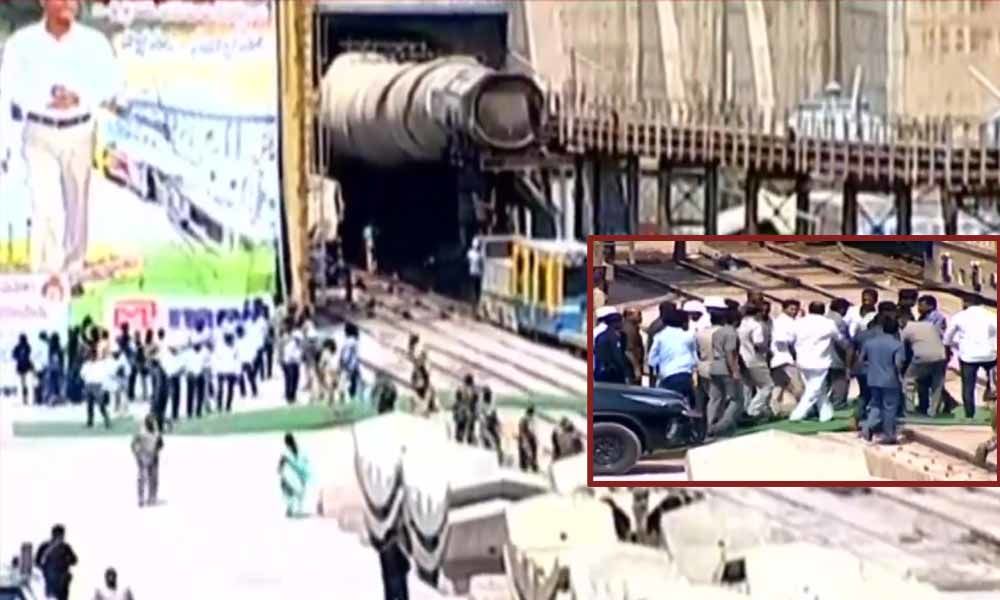 Chief Minister YS Jagan Mohan Reddy on Thursday inspected the Velgonda irrigation project. He inspected the works at Kothuru of Peddadornala mand, which is under the jurisdiction of the large forest zones. The state government is expecting to complete the Prakasam district's rich and livelihood project, Pula Subbaiah Veligonda by July 15. As part of this, water will be released from the tunnel by June.

Later, CM Jagan had reviewed about the project with irrigation officials and directed them to project to complete the project soon. The Veligonda project is aimed to provide irrigation to 4,47,300 acres in Prakasam district as well as Kadapa and Nellore district.

The project was designed to irrigate Krishna river flood waters from the Srisailam reservoir and provide water for irrigation of 3,36,100 acres in 23 zones of Prakasam district, 27,200 acres in two zones of YSR district and 84,000 acres in five zones in Nellore district. The project is also aimed to provide drinking water to 15.25 lakh people in all three districts.