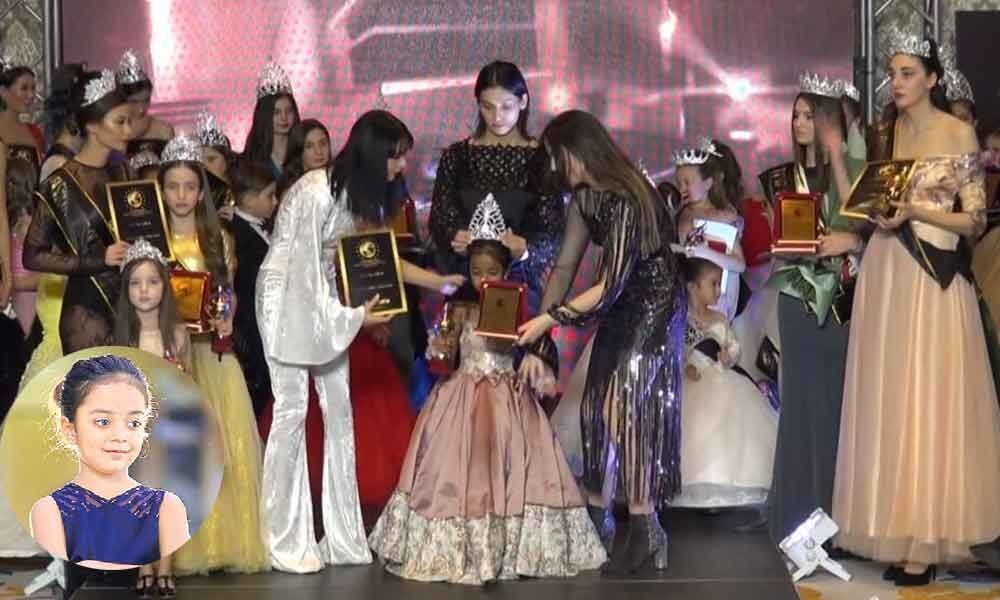 Budding little talent from Vijayawada, Patibandla Yamini, sets records by getting into the International Cultural Competition and making her State proud

She also secured third place in another four cultural events out of 12 various events and won a chance to participate in the International event which will be held on June 8.

Speaking to 'The Hans India', Jahnavi Patibandla (Yamini' mother) narrated about the journey of Yamini to reach the international event.

"After winning online competitions at the school level, she participated in many competitions, including state level competitions.

She also topped the 250 participants in the state-level competition and got a place in 150 eligible's to compete for the Nationals.

Now she got a chance to participate in the International competitions as one of the 50 contestants across the Globe. Yamini was also the winner of World Raising Star 2019 Beauty and Talent competition, held at Georgia.

Yamini topped out of 150 participants and secured first place across the country in rhymes, personal talent, abacus writing and photography.

After getting through all these phases, she has been selected for the Vibha International Cultural Competition that will be held in June and several students across the globe would participate in the competition. Now she is busy training for the same, said Jahnavi.

"The competition is very tough and the online test will also be held by the organisers through a web camera.

They will give subject on the spot and the participant who completes fast will be selected to the next level. The school-level competition was conducted in September, State level in December, Nationals on May 8," the proud mother added.

The confident Yamini said she would perform well at the Vibha International competition and win a medal and make the country and the state proud.