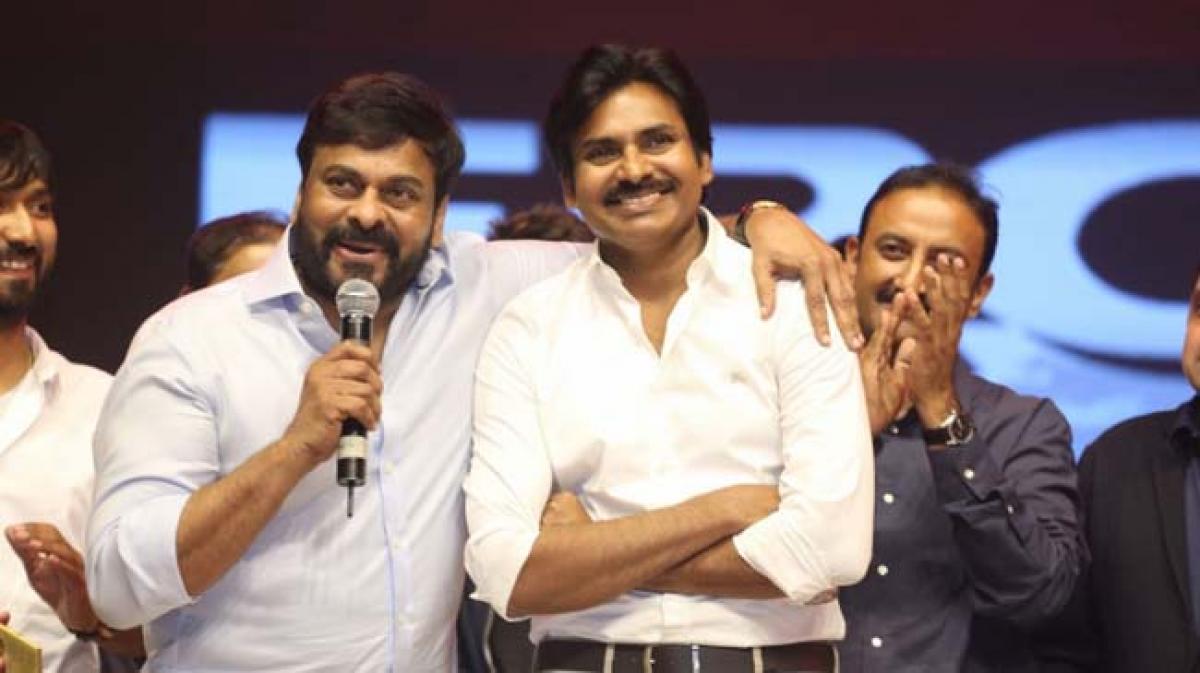 Mega Star Chiranjeevi released the audio CD of his brother and Power Star Pawan Kalyan's Sardaar Gabbar Singh yesterday. Speaking high about Gabbar Singh, Chiru said that he watched the film many times. He said that he always wanted to see Pawan Kalyan in a full-length commercial film and liked each and every frame of Gabbar Singh. He also said that he never misses the film whenever it is played on television.

Stating that there is a lot of difference between the original Dabangg and Pawan’s Gabbar Singh, the Mega Stars doesn’t follow the trend, but he sets it he added.

Chiranjeevi asked Pawan Kalyan to reconsider his idea of quitting films. Responding to rumours of Pawan quitting films, Chiranjeevi said that don't quit films and disappoint millions of fans. "You have the capacity to ride two horses at a time. So you can enter whichever field you want but keep doing movies," he said. Interestingly, Chiru also hoped that Sardaar Gabbar Singh will beat Baahubali records.